Charles Munger, a University of Michigan alumnus and Harvard Law School graduate recently gifted $110 million to U of M to realize his vision of a unique residential environment for graduate students. Munger is also Warren Buffet’s partner at Berkshire Hathaway. He is helping to create housing that combines academic synergy with multi-disciplinary collaboration in a setting that serves as a unique problem-solving incubator. The Munger Graduate Residence building is an eight-story 380,000-square-foot facility located in the heart of main campus with panoramic views, including the football stadium. The state-of-the-art structure houses over 600 students in nearly 100 apartments, each 2500-square-foot, and feature sustainable design throughout. The seven-bedroom suites are loaded with amenities to accommodate the academic, social and private needs of graduate students.

IDS was invited to be part of this project when principal Paul Stachowiak received a call in February 2013 from the University wanting to know if IDS was available to handle a fast-moving, relatively secretive residential project. Suddenly the team had a $185 million project in-house and only seven months to complete the design phase!

Stachowiak: Michigan alum, Charlie Munger, and his lifelong friend, Warren Buffet, grew up together in Kansas and are business partners today at Berkshire Hathaway. Munger is a self-described 90-year-old multi-billionaire who has a couple billion dollars to give away between now and when he dies. His goal is to make a difference. Munger first gifted $20 million to the University for the Law School Lawyer’s Club residence facility but wanted to do something bigger. He believes that during their time as graduate students, most do not have sufficient opportunity to communicate, collaborate or hang out with students in other fields of study. He credits his success at Berkshire Hathaway to the practice of looking at everything through a multi-disciplined lens. His goal was to create an environment that would be a business incubator of sorts a great way for students to start their professional career. He gave the largest gift the University had ever received at the time–$110 million toward a $185 million project.

Moschelli: Previously, he did a similar smaller project at Stanford University with a four-bedroom setup. He felt very strongly about the serendipitous opportunities that can result in living in an environment where not just the apartments, but the common spaces in the building, organically bring people together.

Stachowiak: Charlie became very close to Hartman Cox architect, Lee Becker, when they worked on the Lawyer’s Club residence project. IDS had also worked closely with Becker on the recent U of M Aikens Commons and South Hall projects. Even though Munger was a math student, a law school graduate and a business entrepreneur, he really wanted to be an architect and when he got involved with this project, he started doing his own sketches.

Moschelli: It’s really something. Becker has a file full of scanned grid paper drawings that Charlie would send to him on a regular basis usually saying, Let’s tweak this a few inches here or Let’s try this.

Describe the scope and the unique qualities of the project.

Moschelli: In very basic terms, this is not just a residence hall. Charlie Munger‚Äôs vision is that students from different walks of life and interests will live and socialize together. He believes that if there is a type of Fellows Program, where all of the residents of a floor are working toward a greater common goal or global concept that profound and wide-reaching ideas can result. This certainly has the potential to be a model around the world for greater social justice.

Stachowiak: Knowing that it would take some additional impetus to get the first round of residents, Charlie designated $10 million of his $110 million gift to develop this Fellows Program that will help facilitate that whole concept.

Moschelli: The apartments consist of seven bedrooms, each with a private bath and space in the bedroom to work. There is a large windowed common space with a shared kitchen with multiple appliances and dining tables. Charlie’s thought is to bring students together both in their individual apartments and within other areas in the building.

Stachowiak: It is Charlie’s wish that the convenience store and fitness center be on the eighth floor rather than the first. The building is designed to be inclusionary to promote more serendipitous moments. The fitness center has an outdoor running track and seating areas. The eighth floor has multiple meeting and collaboration rooms, including the Fellow’s Lounge.

Moschelli: The lower level has study areas and meeting rooms, a computer learning center, a game room, a media center and a lot of bike storage. There are also music practice spaces.

Stachowiak: This project had a very aggressive schedule. We developed four separate bid packages, instead of one, so we could get the ball rolling. Demolition was first, then the precast structure, utilities and foundation, followed by the long-lead items.

Robinson: From the MEP end, one of the big challenges involved coordinating the building systems with the pre-cast concrete structure. More attention to detail was required regarding sizing and locating MEP related floor, wall and roof penetrations.

Moschelli: Another thing we did to save time is use pre-built modular bathrooms – 730 of them to be exact! These are high-end components with granite finishes. They are shipped complete and then set into place as the structure gets built. Several mock-ups were created in the design phase to make sure there were no errors in the configuration or components.

Moschelli: The building is LEED gold. We worked to use high quality sustainable finishes and to create a look and feel that supports that overall plan.

Robinson: From an energy consumption standpoint, the building envelope thermal properties, mechanical and lighting systems have been designed to achieve a 30% reduction in energy costs compared to a baseline building that complies with ASHRAE Standard 90.1-2007 Some of the main contributors to the energy reductions include the active chilled beams used for heating/cooling the interior bedrooms, energy recovery units used for ventilating the building, high performance glass used in the vertical and horizontal glazing, lighting controls used throughout the building and daylight harvesting implemented on the 8th floor. Considerable domestic water savings will be realized as well by virtue of using low flow plumbing fixtures throughout the building.

Moschelli: I have been working with college students as a volunteer throughout the Midwest for 15 years, which has provided me a great opportunity to better understand student life. It is very clear when a university gets it and the University of Michigan certainly does on this project. It was a positive experience working collaboratively with University Housing to find solutions that proactively meet their growing student needs. I believe that the unique collaborative living concept inspired by Charlie Munger on this project will provide a model for other universities to follow.

Robinson: It has been a fast-paced roller coaster ride with many changes and challenges, as one would expect on something this large with a schedule this aggressive. We have risen to these challenges with clear communication and collaboration with each other and with our clients. In addition, our management team consistently took active roles in the decision making process and kept their fingers on the pulse of what’s going on. This served to inspire a strong sense of ownership and investment into the success of the project. As I look back on this entire process, I’m proud to be associated with this very notable project. 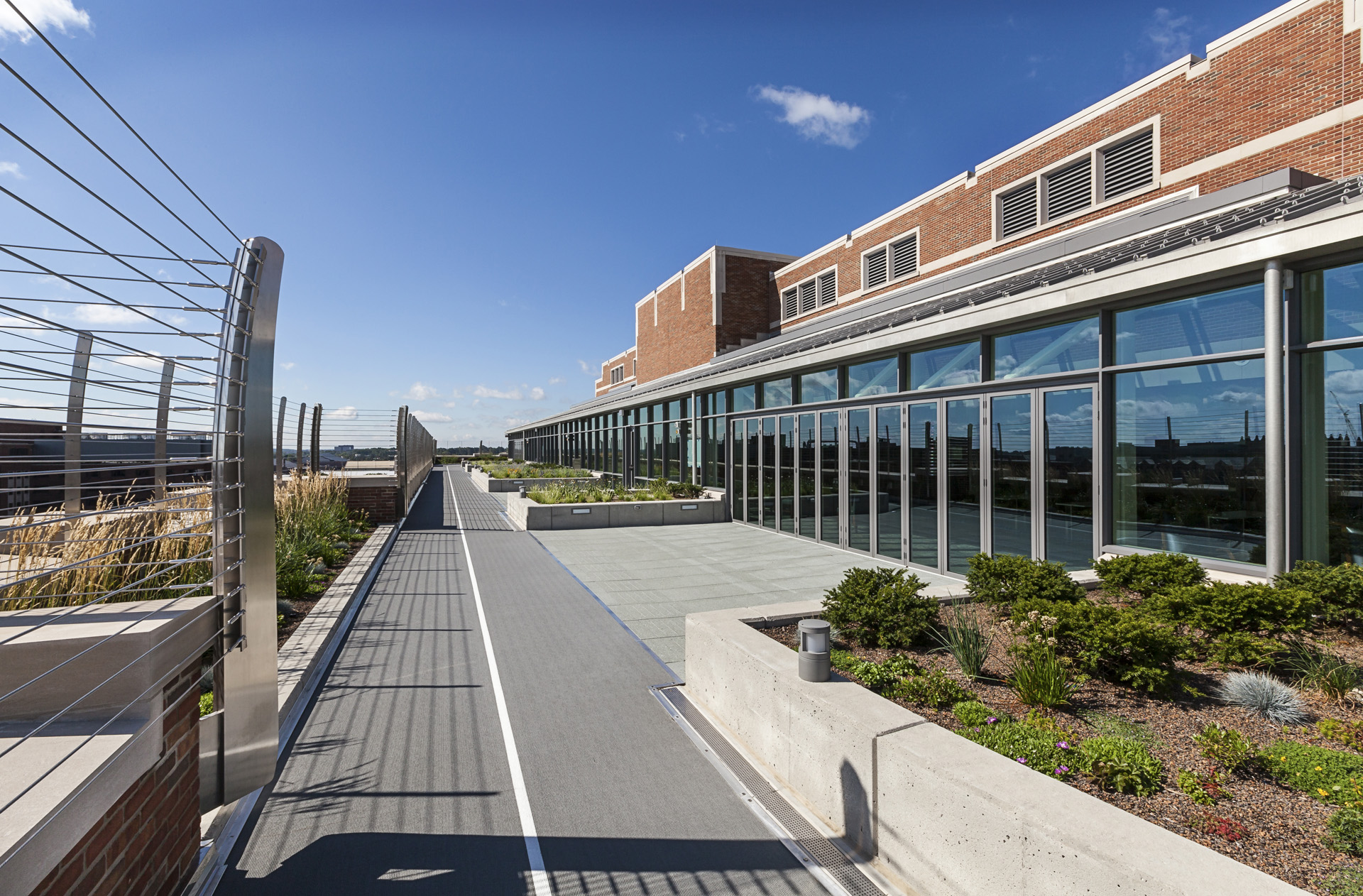 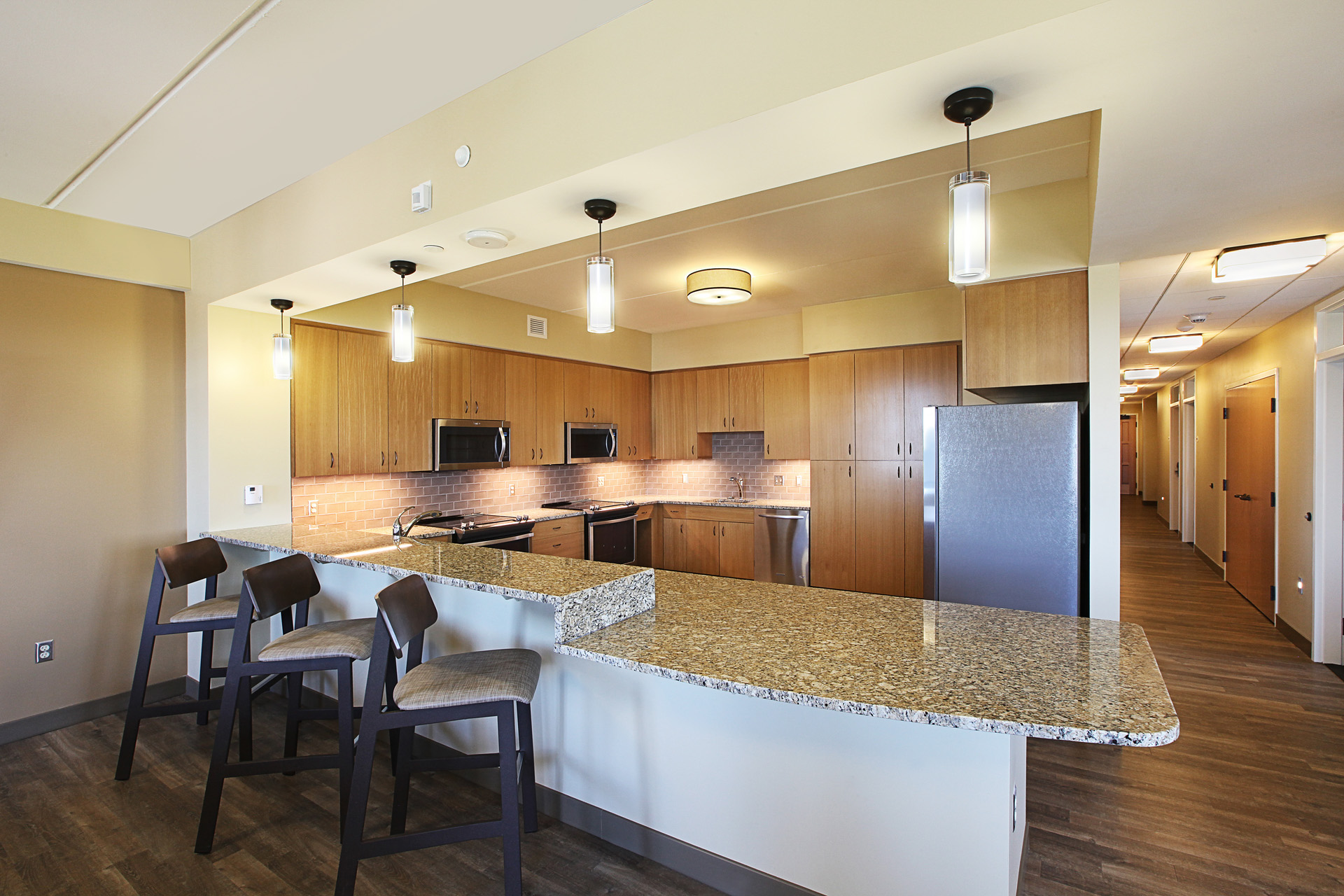 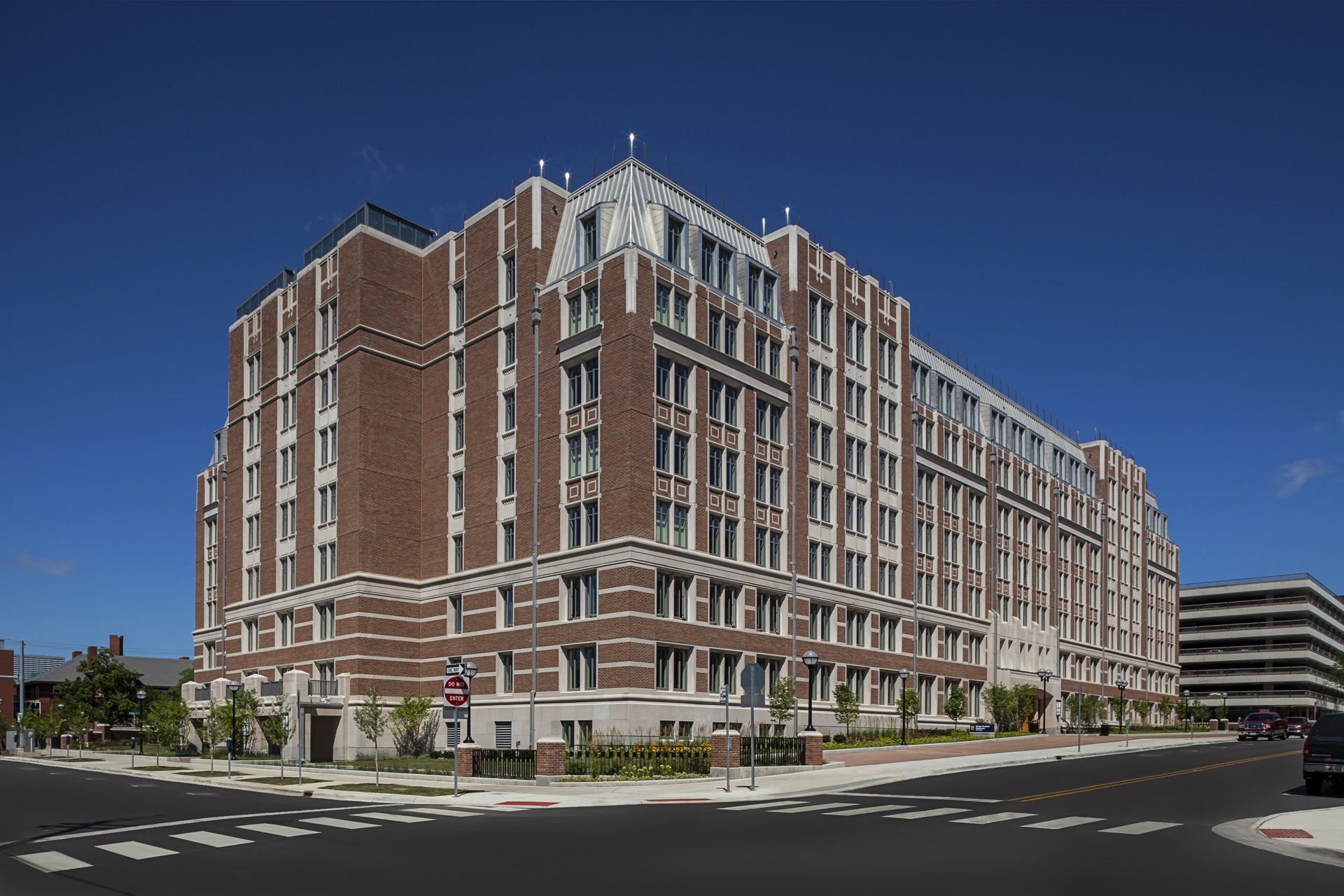 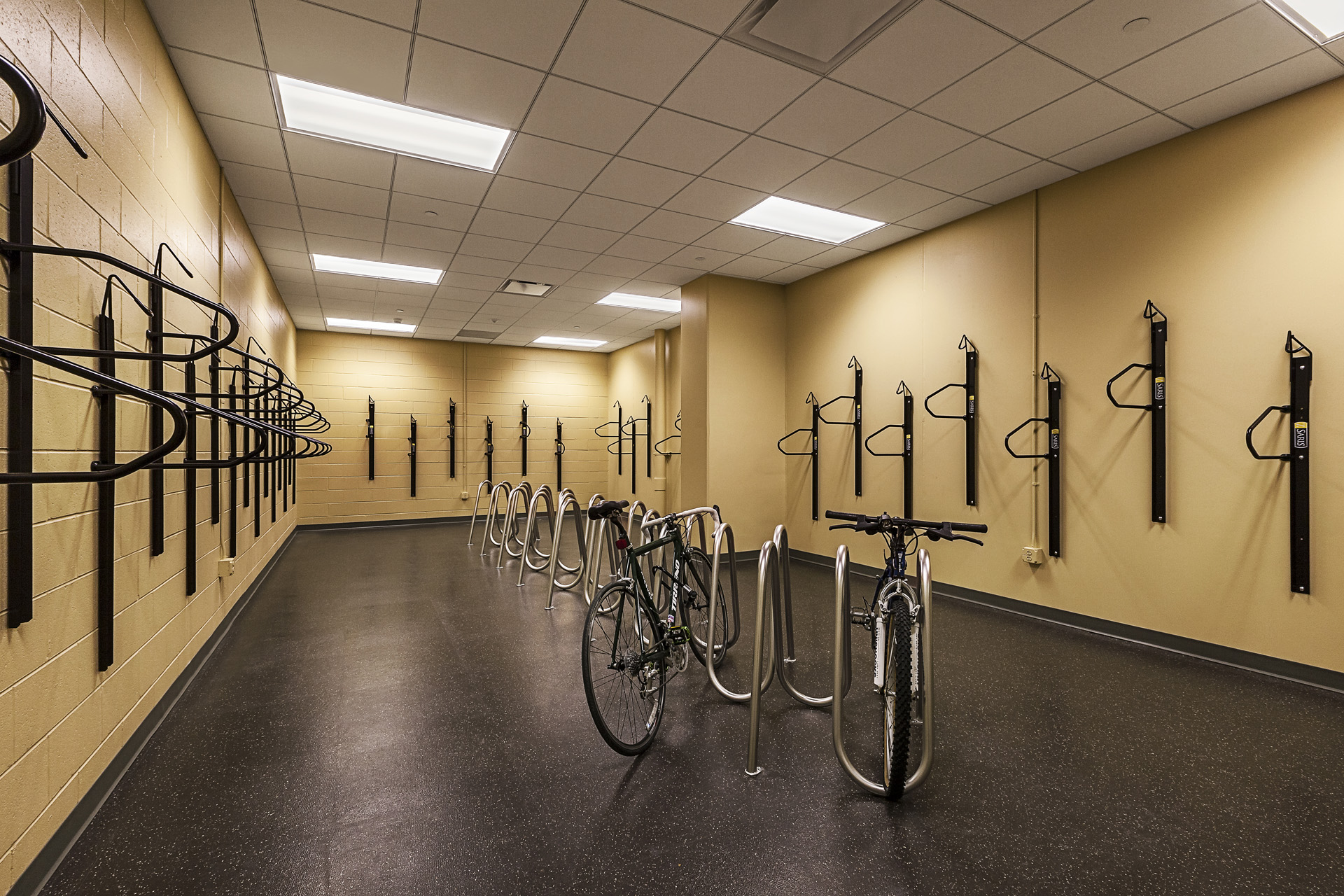