If you drive through the historic campus of Michigan State University today, you’ll see a unique structure that looks like it could have been designed by NASA. And even though students have nicknamed it The Spaceship, it’s actually the Eli and Edythe Broad Art Museum, a 44,000-square-foot contemporary facility that opened in November 2012 and combined the design strengths of world famous architect, Zaha Hadid, and local architecture and engineering design firm, Integrated Design Solutions.

This project started as a renovation to the MSU Kresge Art Center but when alumnus benefactor, Eli Broad, gave $28-million to the endeavor, the landscape of this land-grant University was changed dramatically. London-based Zaha Hadid won the design competition that was initiated by Broad to procure the $45-million project and a new international contemporary center was born.

The building is a universe of trapezoidal stainless steel pleats and patches. Equal to the stunning sculptural design elements were the complex construction challenges. The IDS team managed the relationship between the University and Hadid, while navigating the unique challenges of this futuristic design including:

JOHNSON: After Zaha Hadid won the design competition, MSU sought to engage a local partner to assist in the development of the project. The University was frustrated with the process; a year had passed and they were over budget. Eli Broad was a strong driving force in the design; conditional to his generous donation, he demanded that 70% of the structure be designed to display art, with 30% for functional space. He, along with University President Lou Anna Simon, wanted a global structure that promoted the arts and engaged the entire community.

STACHOWIAK: Basically our team became the executive architects for the project. The structure was unique but the process was not unique to us. We have built a reputation as the local architectural firm with expertise in collaborating with world famous architects, including a full understanding of their exacting standards.

STACHOWIAK: The University Facilities group had a strong set of standards and with Hadid‚Äôs design, they basically had to throw them out. Plus on paper, it was hard to see what the final building was going to be.

MARSHALL: Because of the building’s complexity and the likelihood of misunderstanding the documents, we required that the construction team use the 3D model rather than working from a traditional set of paper documents. In fact, the floor plans contained only a handful of dimensions. Most layout information could only be gained by utilizing the model. The turning point was different for everyone involved in the construction, but at some point everyone said, Oh this is what we’re doing!

STACHOWIAK: Structurally the building started with concrete anchor core. Pouring sloping concrete walls two stories above grade and one below grade was challenging. Another structure was built to support the final structure while the concrete cured.

JOHNSON: Everyone was committed to quality. President Simon was often on-site with a hard hat. One of the concrete walls was not up to the project’s standard and she demanded that they tear it down. Other times she would have pep-rallies and barbeques to boost morale!

MARSHALL: Elements of the building serve more than one role or purpose. The architectural concrete walls are a defining element in the concept; but they‚Äôre not just a pretty face, they’re doing the work of holding up the building. The window system on the east side is doing work as well. It’s atypical. It’s holding up the roof.

STACHOWIAK: The building appears tilted and distorted but all surfaces are flat and all lines are straight. There are no horizontal lines on the side of the building. Instead, the stainless steel pleats and patches run on diagonals and give no perception of height, floor to floor.

STACHOWIAK: Sustainability is a very important aspect to MSU and we worked hard to provide unique solutions. The stainless steel skin is made from totally recycled material. There’s no maintenance.

MARSHALL: In order to maintain the stringent environmental conditions, the Museum’s envelope was carefully developed for energy efficiency and to prevent damaging moisture migration. The weather envelope is actually beneath the skin; it’s super insulated to control moisture issues with energy efficiency.

What are your thoughts on the project today?

JOHNSON: Well, it’s the feeling of tasting that $150 bottle of wine‚Ä¶hard to go back to the $10 bottle! This project raised the bar.

MARSHALL: At the Museum dedication ceremony, Patrik Shumacher, Hadid’s principal partner, was taking photos and said that The Broad was the best realization of their work to date. This was the ultimate compliment because I know how hard we worked to keep the team focused and on track! 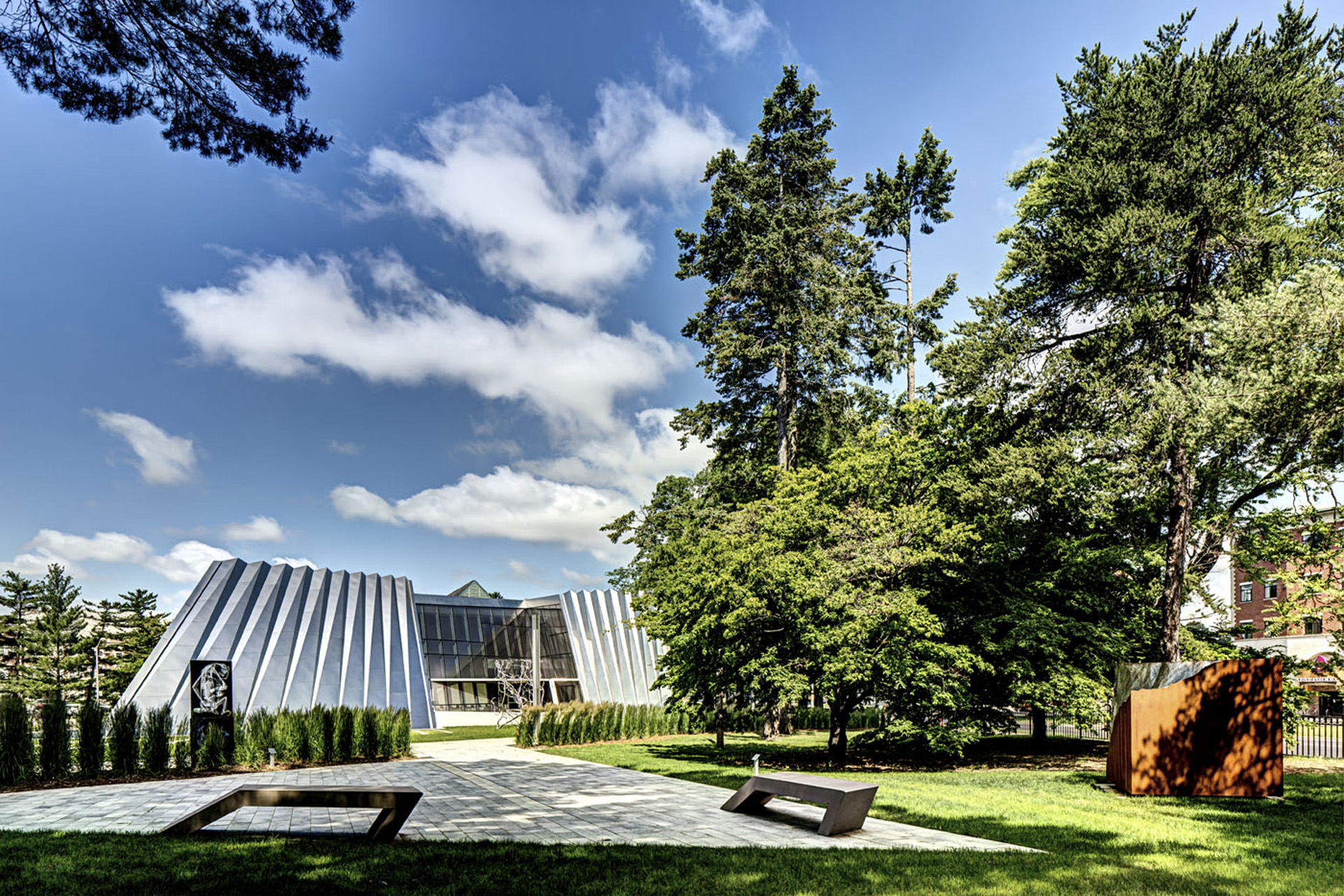 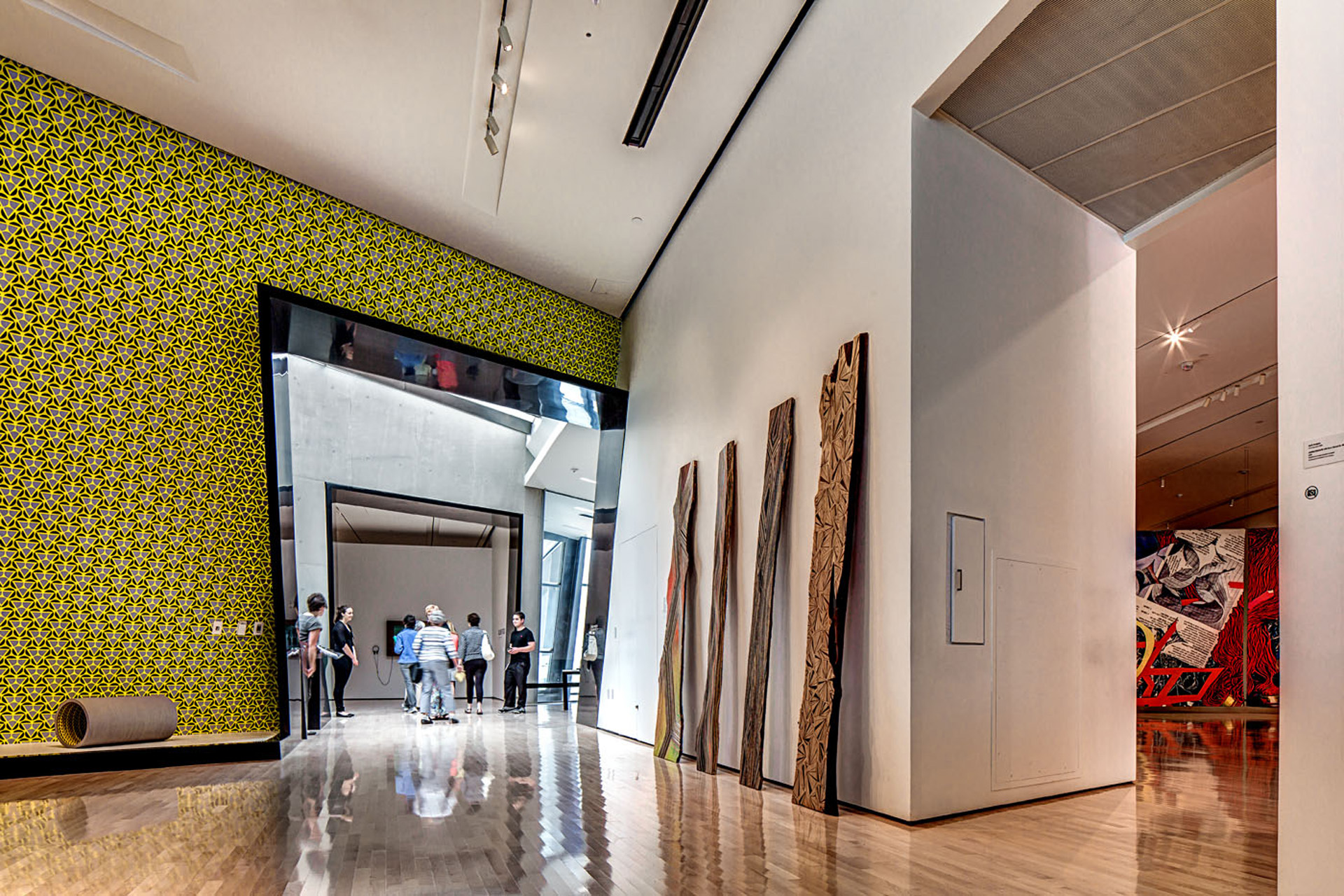 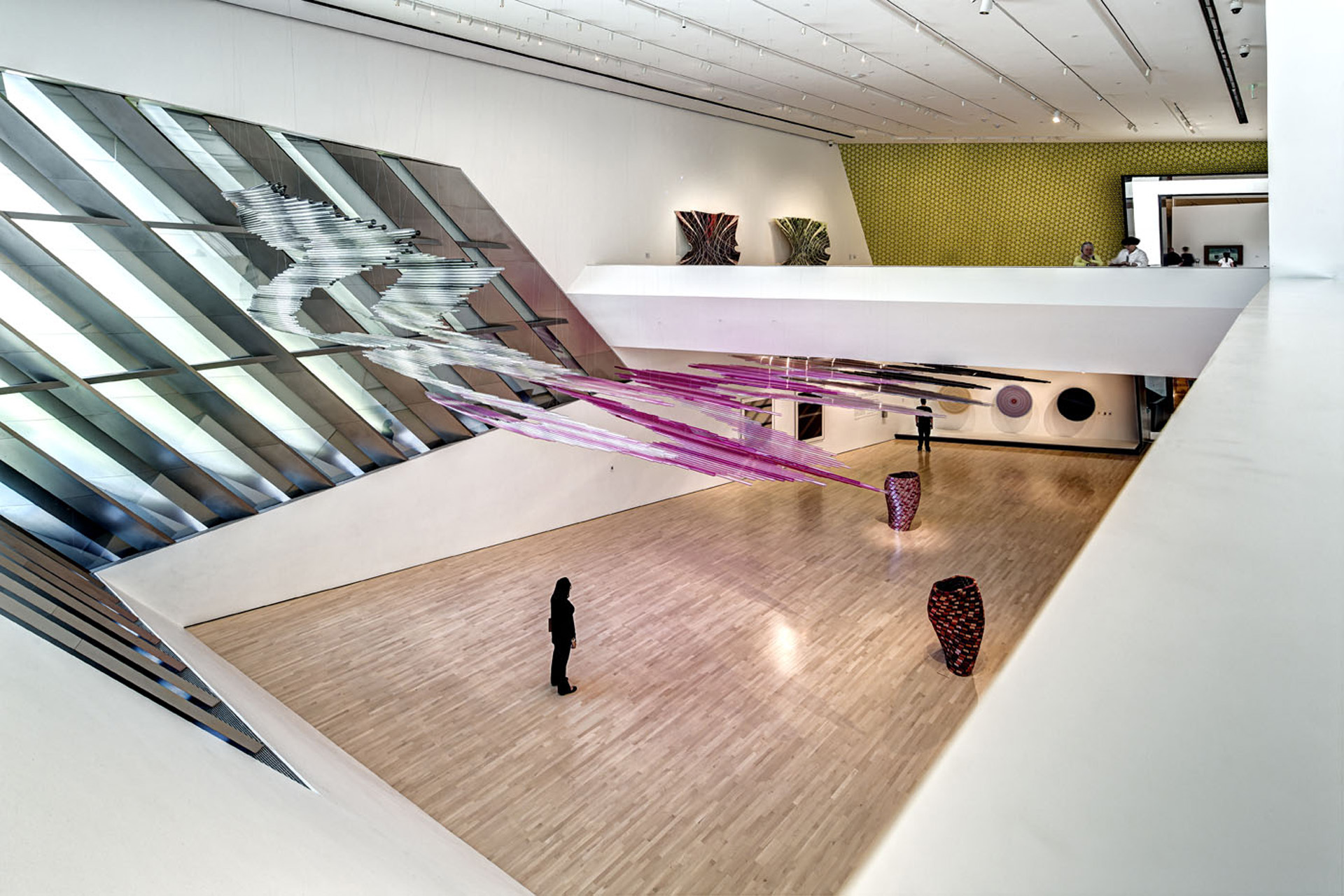 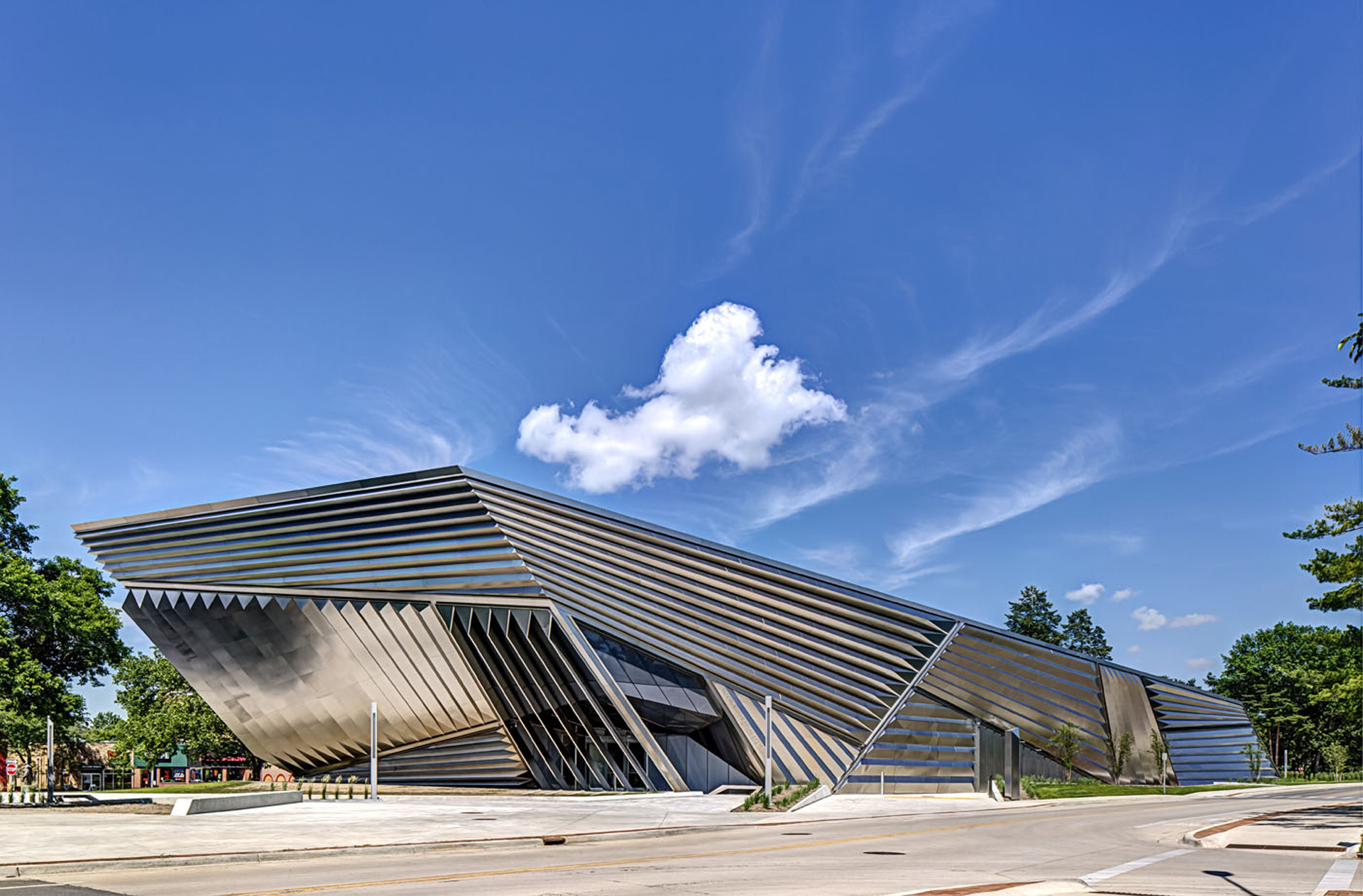 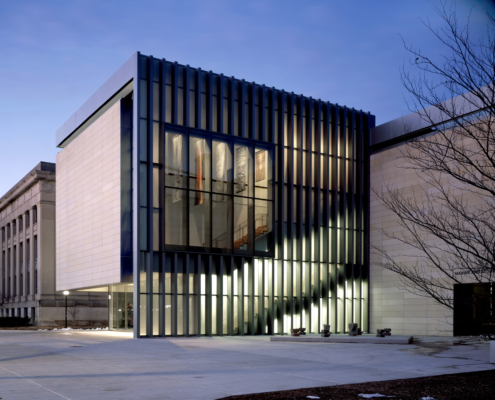