South Lyon Community Schools found their district growing at an unprecedented rate and in dire need of an elementary school. Named after former superintendent William Pearson, this building features 24 classrooms distributed between three classroom wings, a full sized gymnasium, a cafeteria with a stage leading to the music room, a media center, and an art room.

Each wing has an enclosed collaboration space for small group interaction where students are encouraged to develop relationships with their peers. To support the values set forth by South Lyon community in which a stimulating thinking environment is key, each classroom has one very large window with a window seat to enhance visual stimulation for an overall higher level of student engagement. The brightly colored brick and cement board sidings were incorporated to provide a residential feel giving students a more familiar home-like learning environment.

The initial plan for William A. Pearson Elementary was to follow the neighborhood design concept implemented in South Lyon’s Kent Lake, Brummer, and Hardy elementary schools. However, the desire to create a safer learning environment for students called for increased security measures, and an alternate design arrangement. Instead of placing the main office on one wing of the school, the office was moved to the center of the building to accommodate the building lock down and parent drop off/pick up security needs requested by South Lyon. 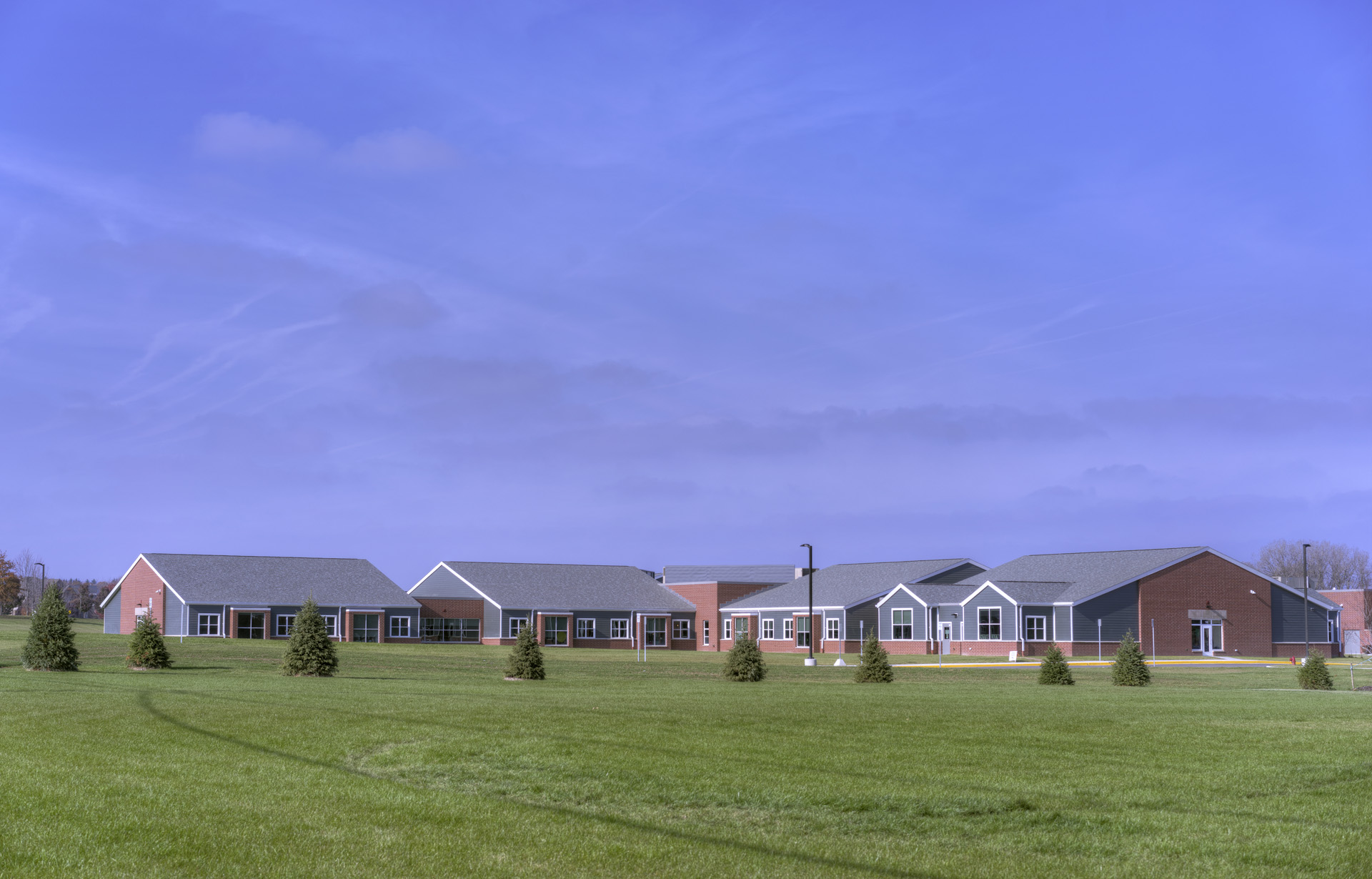 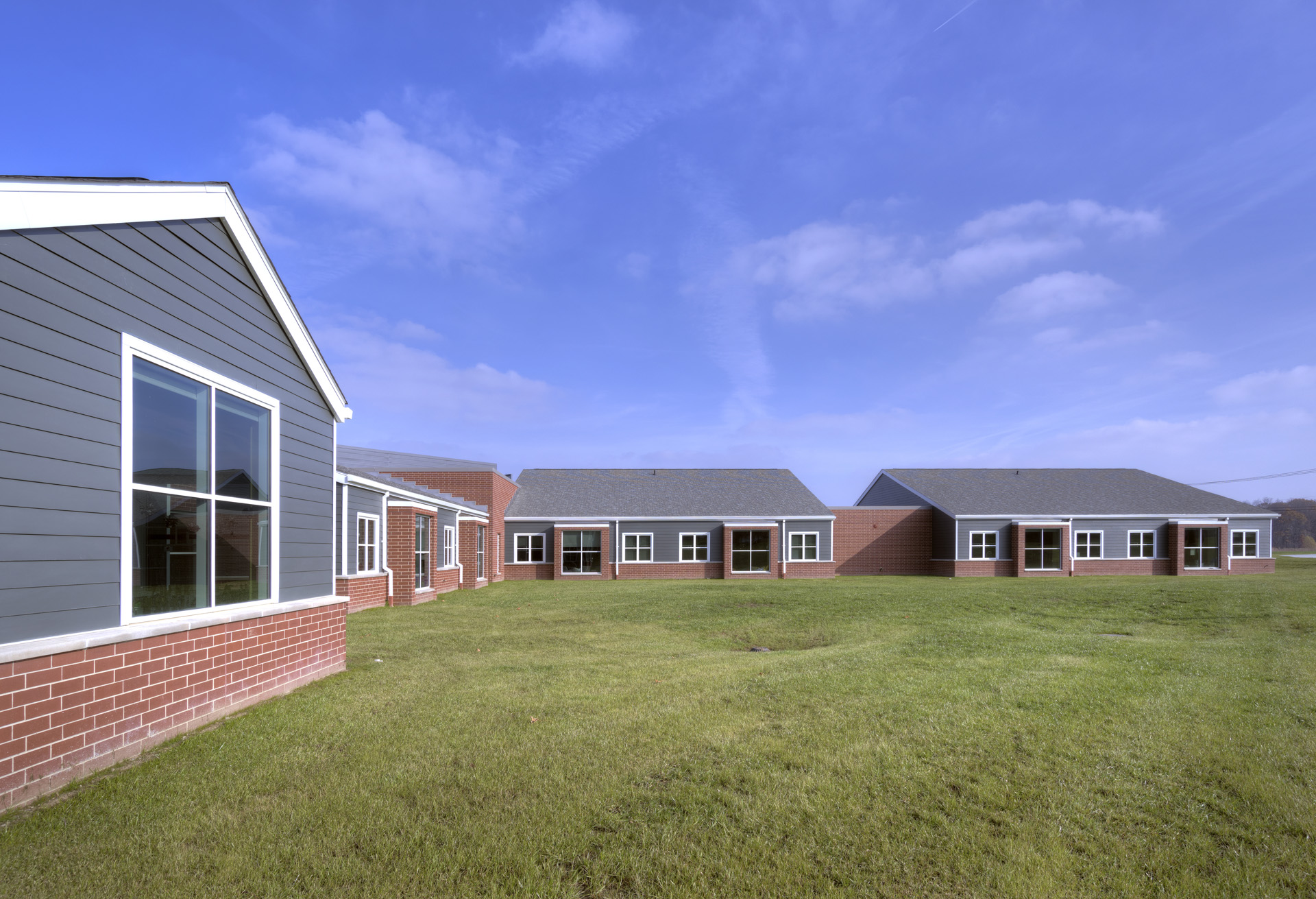 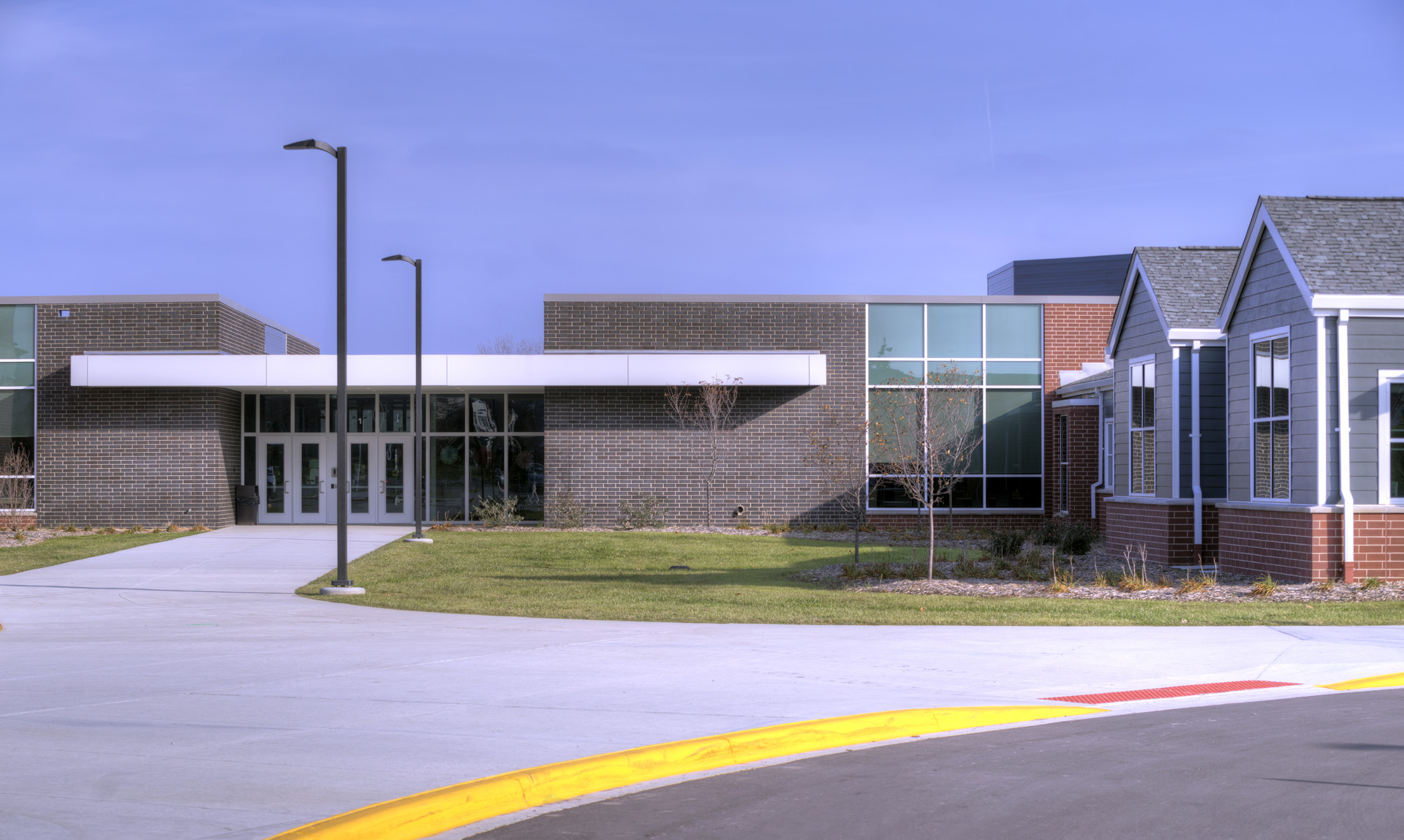 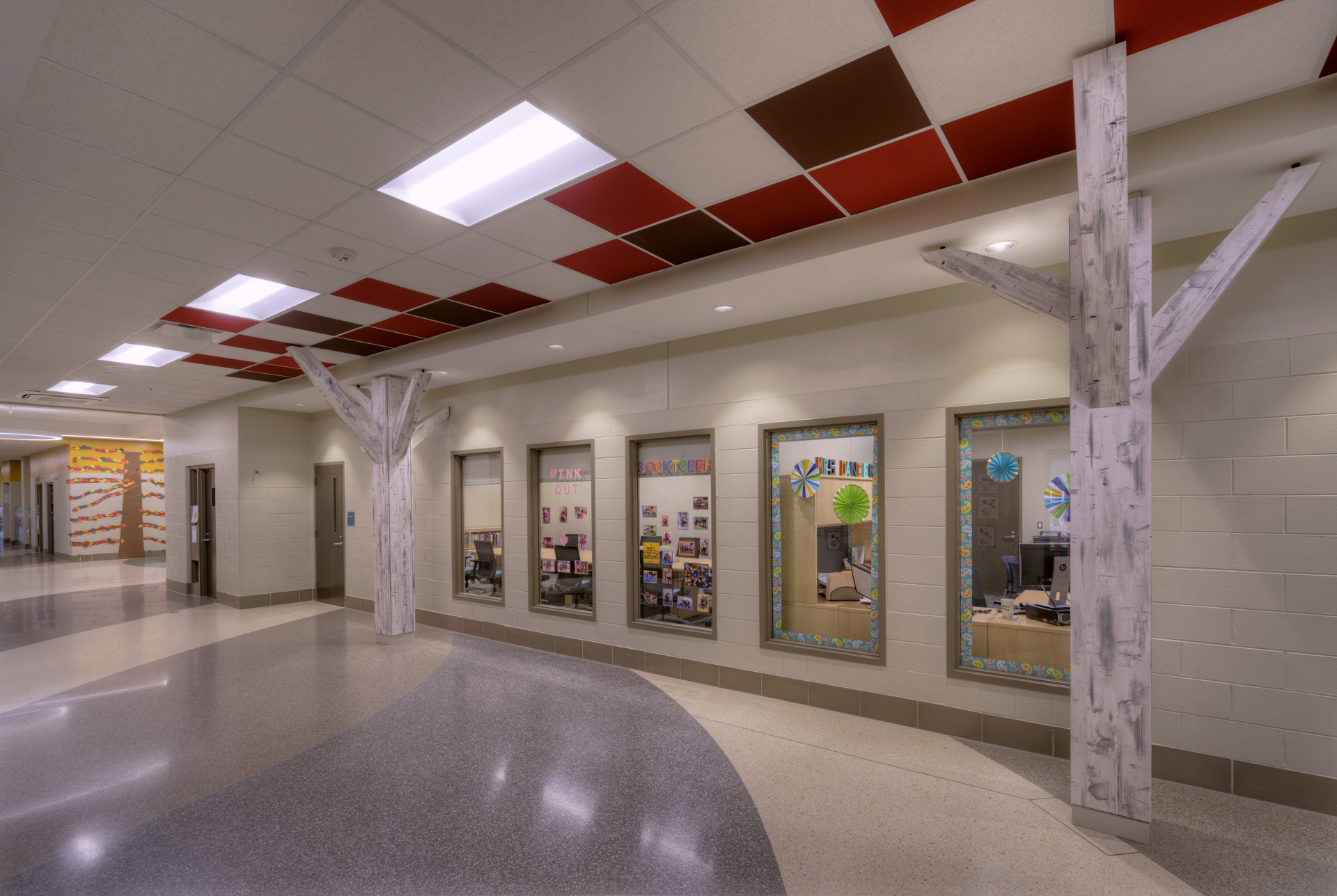