Mid way thru the process of designing Stadium Enhancements that would affect the fan experience on game day, Notre Dame’s Athletic Department asked IDS to complete the renovation of the Stadium by addressing the Football Team operational spaces at the Stadium to be completed concurrently with the other Stadium enhancements for the start of the 2017 Football Season. The project included a complete gut and reconfiguration of the Home Locker Room, creation of a new Recruiting Lounge and post game Media Room and a renovation of the Visiting Team locker Room and support facilities. A second entry tunnel to the field was created for the visiting team as well as a separate space for the Visiting Teams equipment truck. The North Tunnel area was a combination of the original 1930’s Stadium construction of concrete and brick and the 1990’s precast concrete addition. The North Tunnel at the Rockne Gate was renovated to bring the 1930’s Art Deco style of brick and period light fixtures out to the current entry gate.

From the Home Team spaces to the Visiting Team and Officials facilities, it was important to the Notre Dame Athletic Department that anyone that visited these spaces would know they were in the House that Rockne built. The renovation exposed structure and brick walls from the original Stadium that had been covered by stud walls and lay in ceilings during various renovations over the years. A concrete wall acting as a railing at the tunnel ramp of the 1990’s addition was cut down to the slab and replaced with a period designed steel railing and reclaimed redwood bleachers from the Stadium were used as design elements in various areas of the renovation both Home and Visitor.

The work began immediately after the last home game of the 2016 season and Coach Kelly walked his team thru the completed space in early August 2017. The Recruiting Lounge also acted as the host site for a Memorial Service for Coach Ara Parseghian on August 5, 2017, in advance of the formal dedication of the newly renovated spaces. 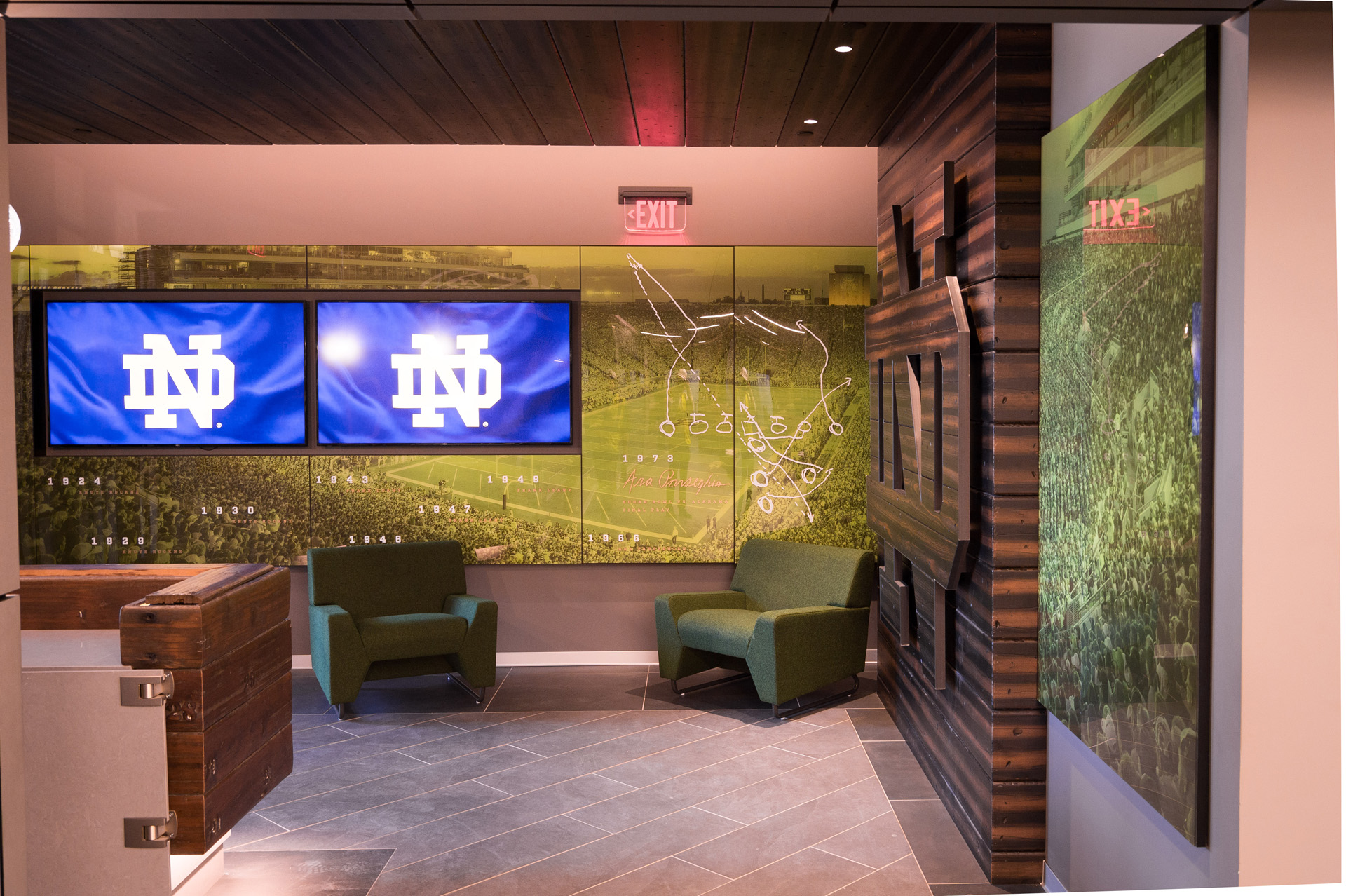 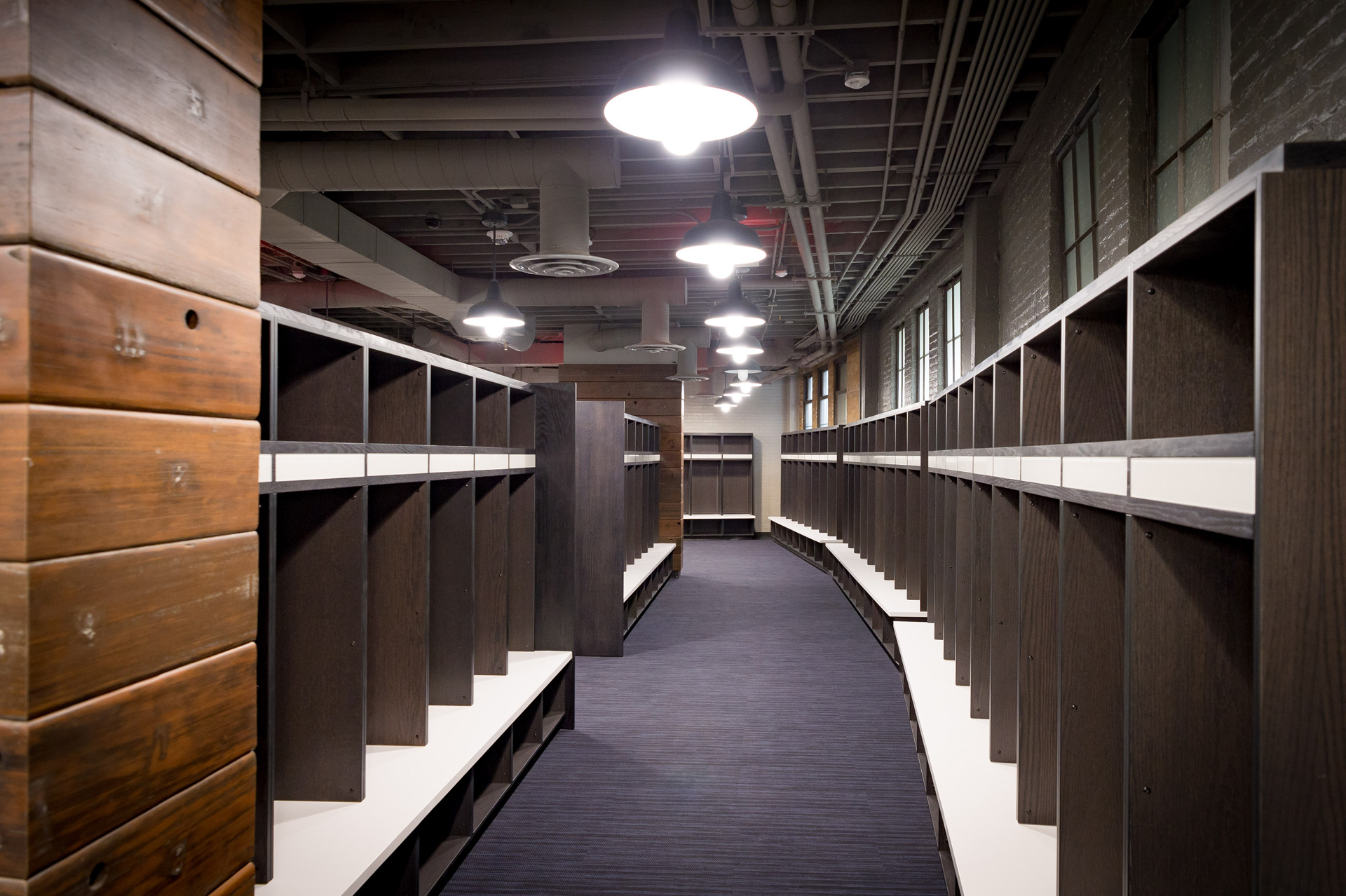 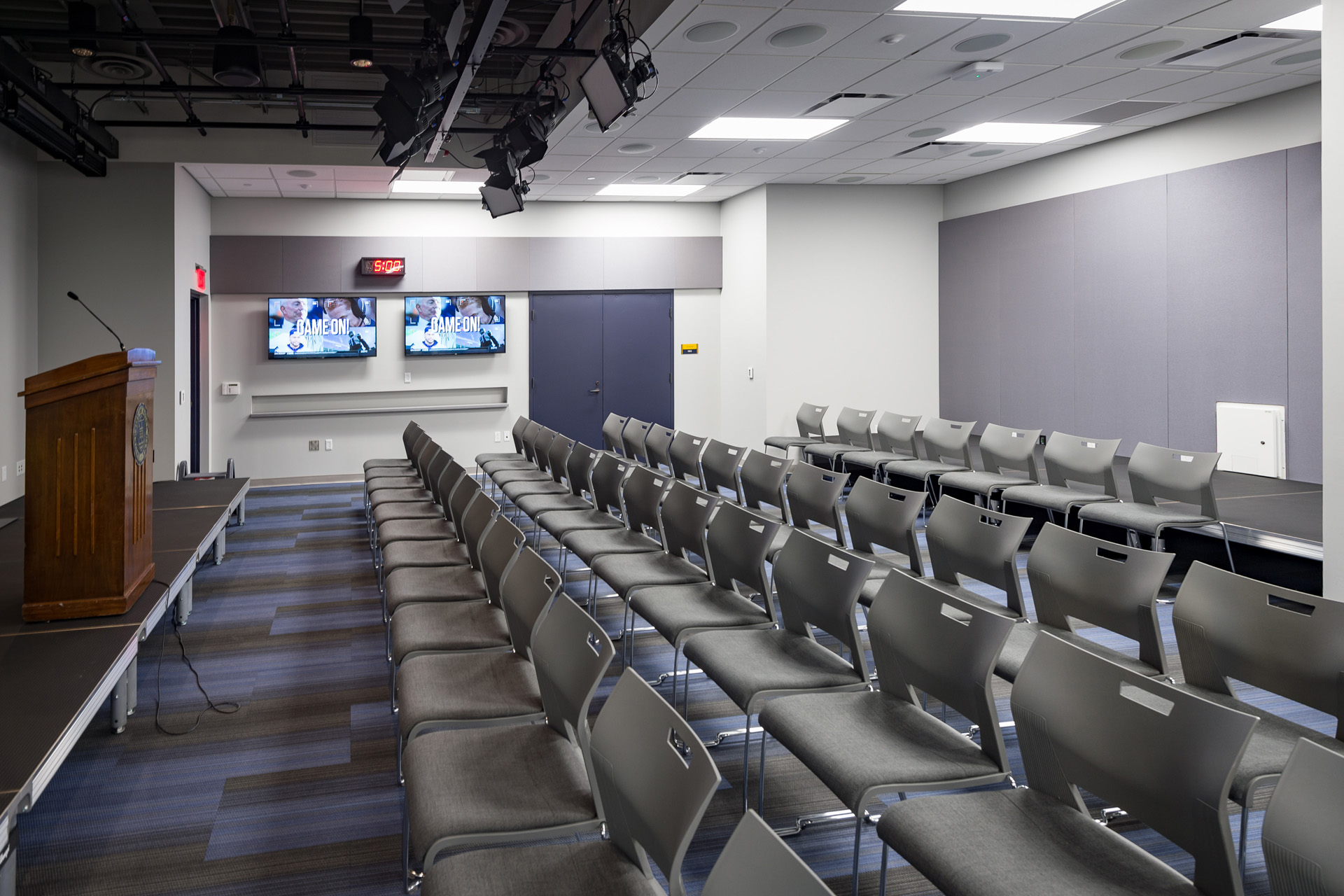