In 2002, the trend in building a new high school was to create a modern mega-facility loaded with student comfort and academic convenience. Just as the economy was moving toward a more responsible climate, Southfield High School received a $63-million bond appropriation—not quite enough to build a new facility. The original 290,000-sqare-foot building constructed in the 40s was in need of a full update. The team at IDS worked creatively, within budget, to ensure that SHS would have a competitive, fully updated facility.  The construction, completed in fall 2008, took two years and included an 115,000-square-foot renovation to revitalize the existing space and a 133,000-square-foot addition of a new academic wing and athletic center. The result was a school that felt like a brand new facility giving all a renewed sense of pride.  The real challenge of the project was how to manage the multi-phase construction process in an effective way.

With many years of experience in K-12 design and construction, IDS was a source of guidance for Southfield Schools throughout the whole process, including helping four different school principals navigate their challenges. For SHS, the design team first looked at the phasing of the renovation and addition.  “We had to consider the way we managed the construction so we didn’t have to go back and replace or re-do anything,” explained IDS Principal-in-Charge Kirk Delzer. “With so many moving parts, we took a top-down approach beginning with the ceiling and lights to first improve environmental efficiency and went from there.” But it was the sequencing that was complicated.  The renovations would take place over two summers and the new addition during the two school years. Phase one was to build a temporary campus consisting of 24 portable classrooms with full electrical service and utilities to relocate the displaced classrooms.

The renovation resulted in full infrastructure updates including safety improvements, energy-efficient lighting, and new electrical and water systems.  For the students and faculty, technology upgrades included new computers and a campus-wide wireless network.  There were many aesthetic improvements including the “Main Street” concourse space that connected the existing building to the addition with colorful wall tiles providing a way-finding scheme that gave the students a feeling of community and continuity.

The addition created the competitive sizzle for SHS with a new Physical Education Center featuring a multi-court competitive gymnasium with an elevated indoor running track.  Outside was a new all-weather playing field, concessions, training rooms and bleachers.  One of the most unique areas was the new cafeteria and commons space that could be repurposed for events for up to 1800 people.  The new academic wing included a state-of-the-art Science department. “We designed the new science labs to be safe and flexible with modular technology,” Architect Jeff Johnson recalls. “We called it a lecture lab where students move quickly into their labs.” The tech wing brought to the District a full robotics facility, a NASA lab, and CAD stations giving the students incredible experience with real world applications.

There was an interesting mindset from the staff at Southfield High. They had gone without any improvements for such a long time that they were not in the habit of having innovative options for their facility.  “There were times when it was just a matter of saying ‘you deserve this’ to the staff,” Johnson remembers. “They wanted to do things one way and I had to tell them they didn’t have to do it that way, they could do it better.” The entire community embraced the new positive image of Southfield High School and this provided a great feeling of accomplishment for the team—SHS and IDS. “One thing we always try to stress with our staff is that every district is different,” Delzer said.  “Managing a bond issue is a lot of work and sometimes we have to help them make choices.” When the architecture and design team does their job well, clients are able to relax and put their focus on the demands of their own daily business.

This project consisted of a high school infrastructure renovation and addition encompassing an academic wing, sports complex and dining/commons area. Some of the challenges faced during this project were a two year construction project, appropriation of budget and a bond issuance new to school. Amenities included were a technology wing, NASA lab, Title 9 compliant athletic complex and cafeteria/event space for 1800 people. The renovation resulted in a facility that seems like a brand new high school, now competitive with area high schools, with an invigorated and excited campus. 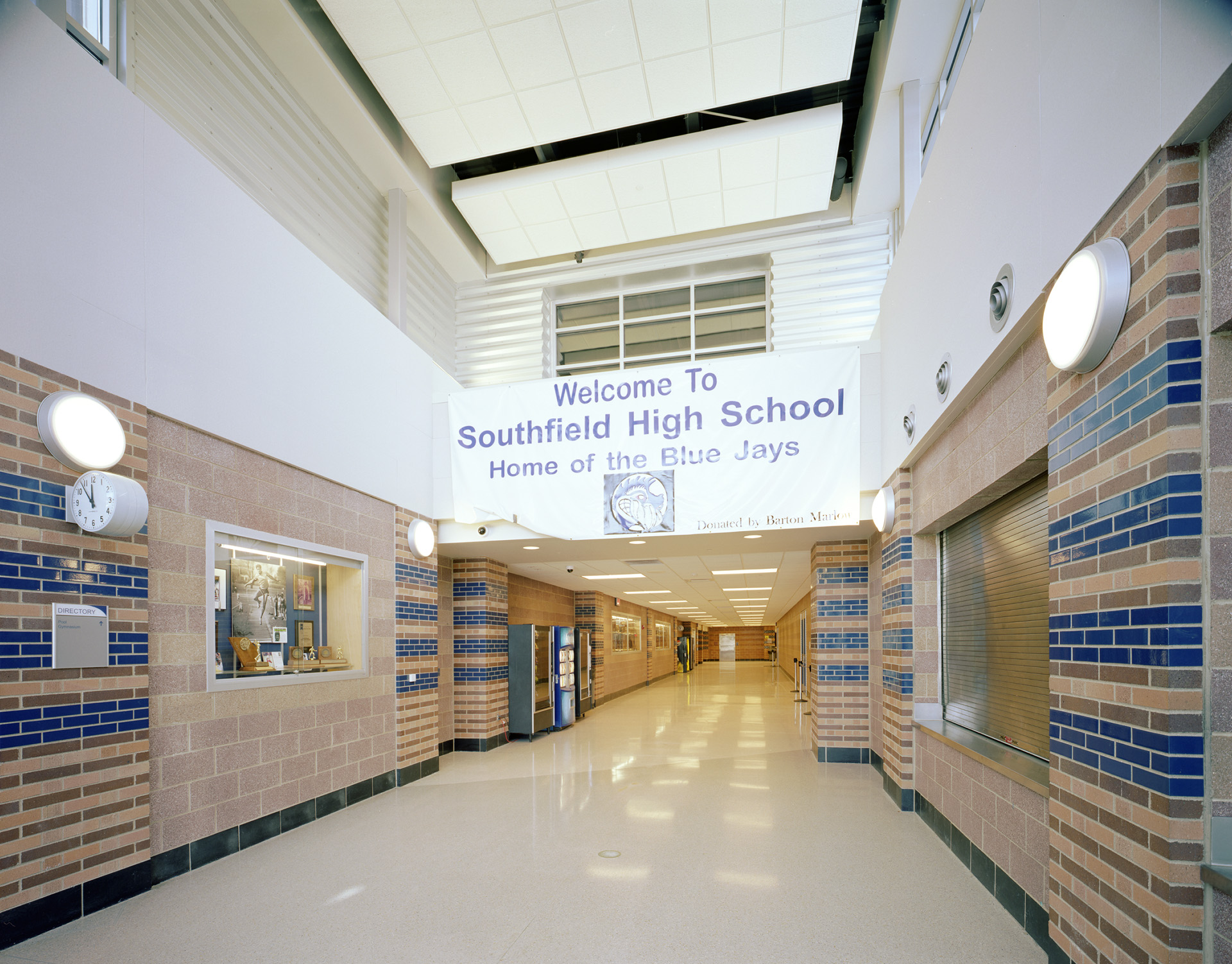 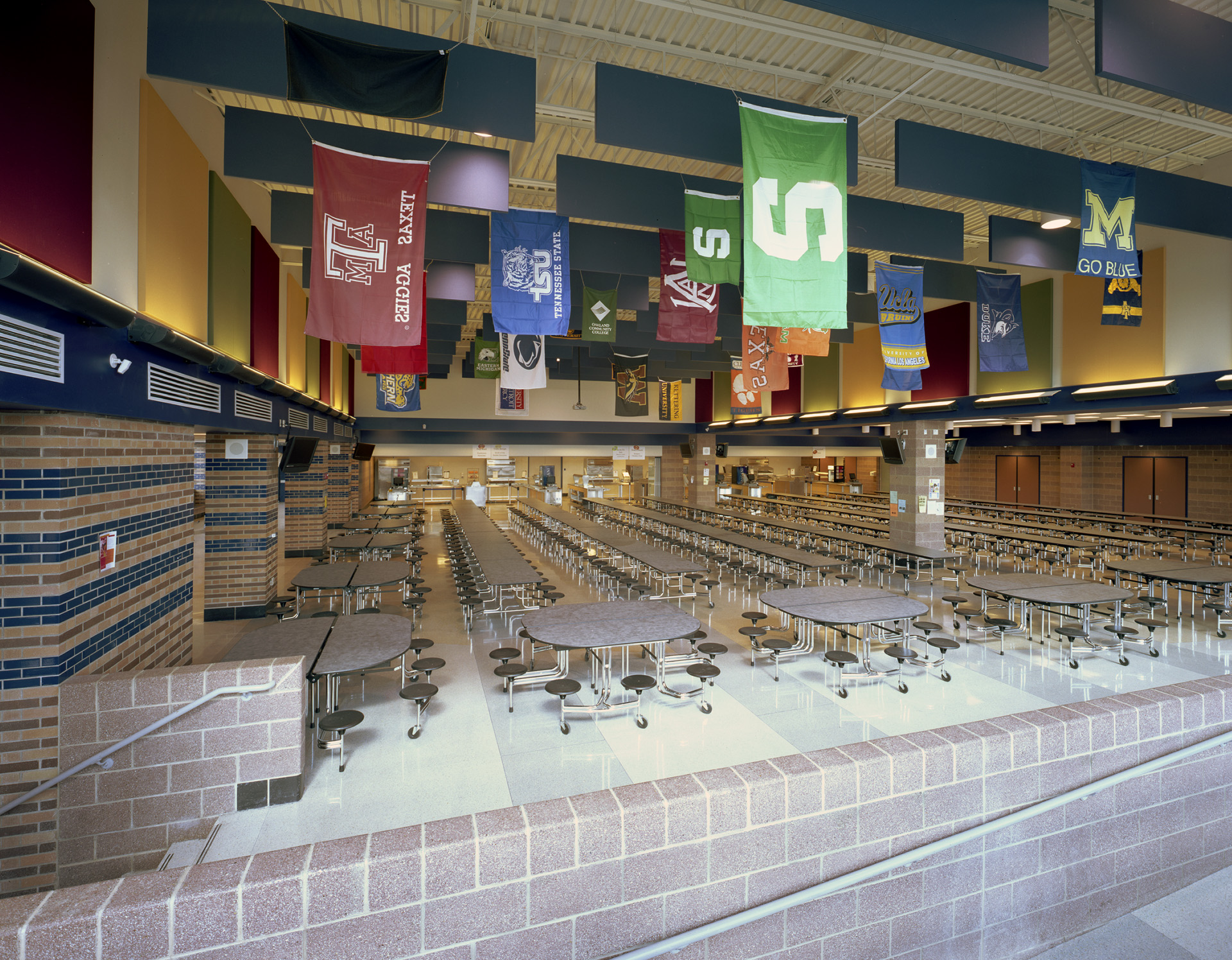 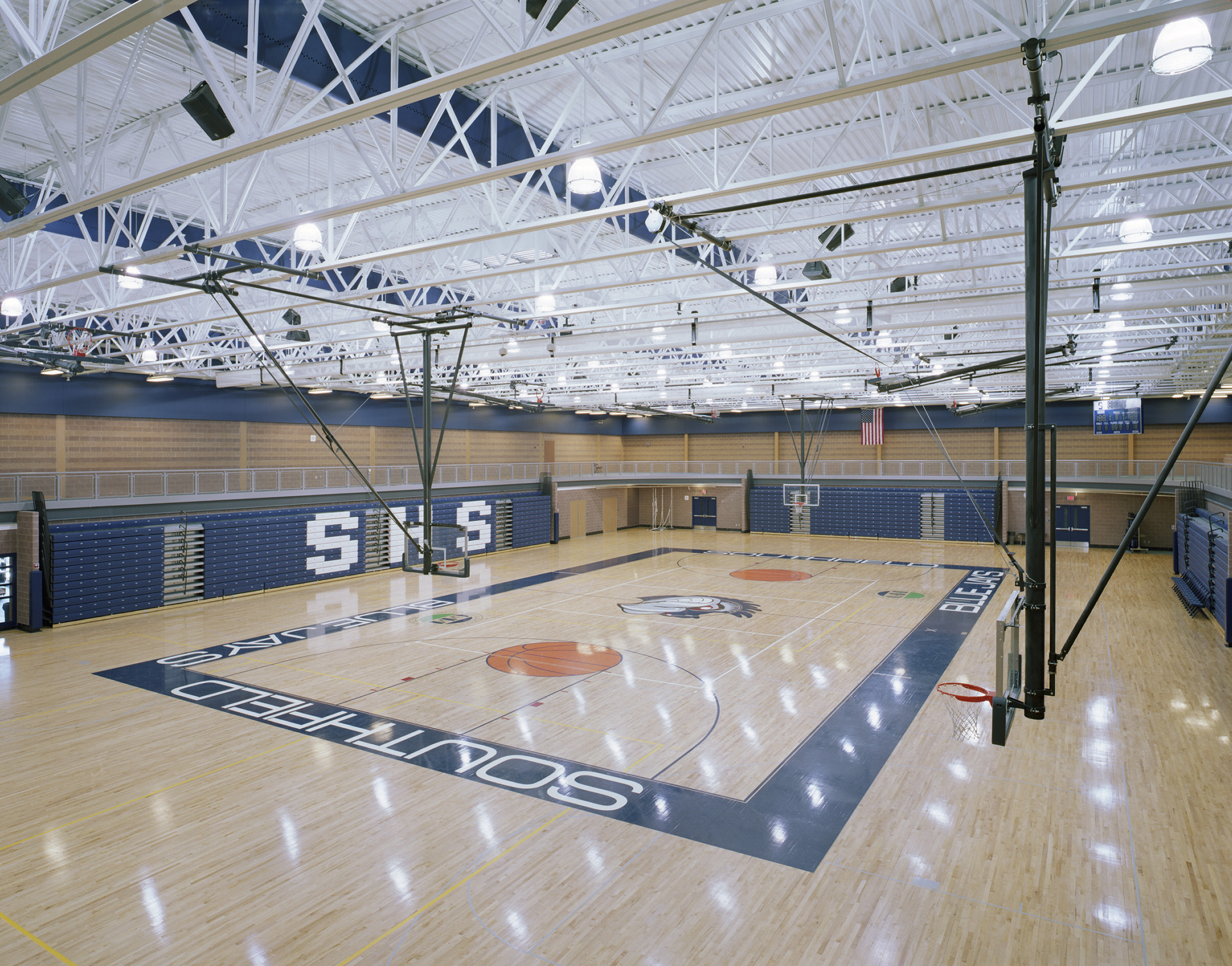 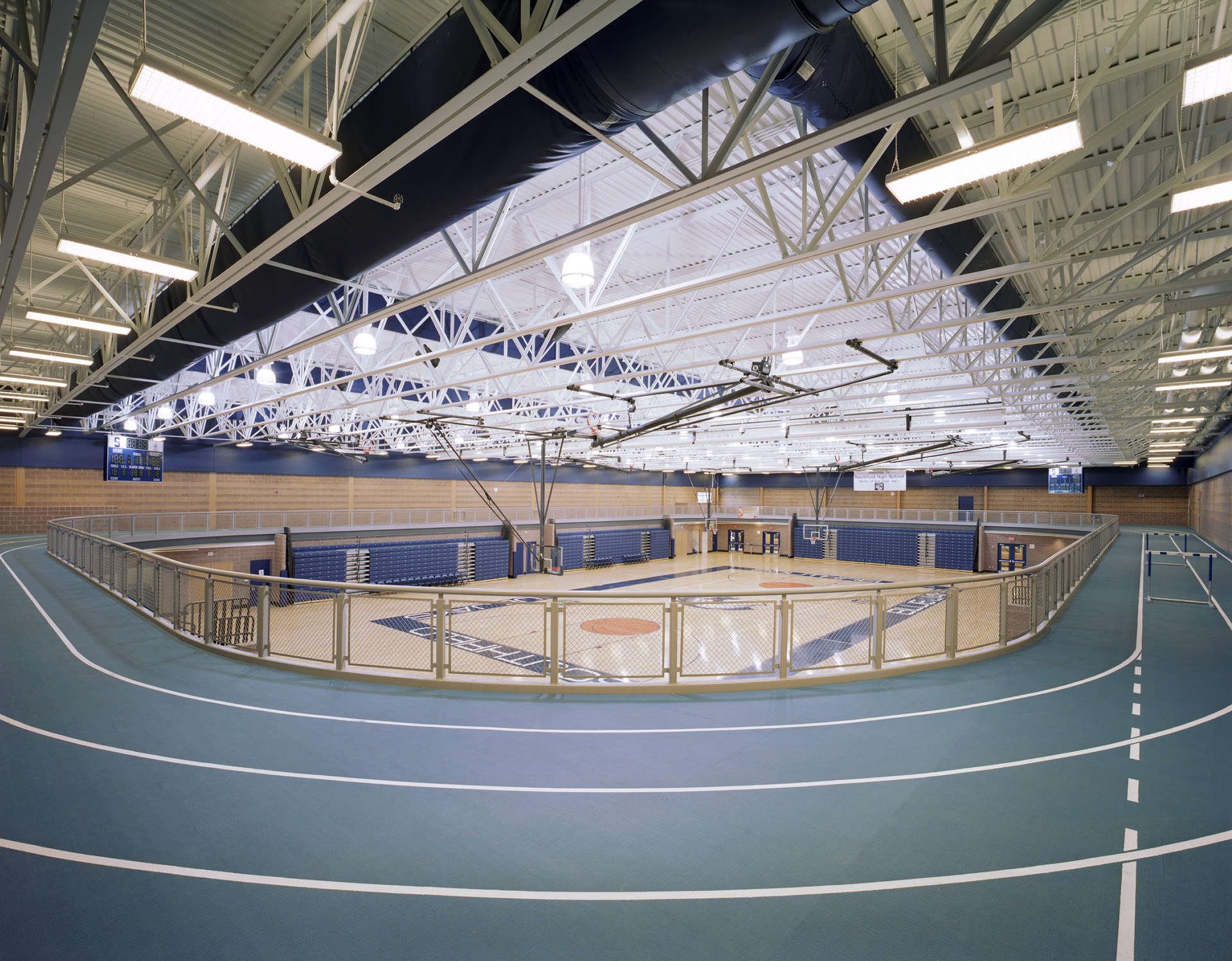