South Lyon Community Schools worked with the IDS team for over six years on two bond issues before commissioning them to help with the planning, design and construction of their second high school. Their strong relationship supported the team chemistry and collaboration throughout the entire process. This project went well beyond normal design and construction. The entire IDS team‚Äîarchitects, engineers and interior designers, also fully participated in the site selection and development process. For over six months, they met with a 25-person committee to help bring a paradigm shift to the traditional departmental teaching model. As a group, they settled on a career-focused, collaborative learning-style design approach. The resulting structure is a beautiful 318,000-square-foot, state-of-the-art facility located on a 110-acre site. But better than the new modern high school is the relationships turned life-long friendships that paved the way to success.

The project has special significance to IDS as this was their first new high school design project as well as their largest construction project at the time. Designed in 2003-04, the school took two years to build and was completed in September 2005. The project is packed with interesting stories and unique challenges including design by committee, asking teachers to teach in a new way, conducting a radar study for the FAA, to building a retention pond, installing a main gas line through the parking lot, debating property wetlands and removing a hill on a well-travelled road in front of the school!

Describe the scope of the project.

LEWIS: We had already worked with South Lyon Schools for six or seven years when this project started. With the two previous bond programs, we basically reconstructed the entire District with three new elementary schools, a childcare center, and renovations at the two middle schools. We were brought in very early on the East High School project and helped them locate, evaluate and obtain the site.

DEBELISO: The final 110-acre site had not been developed. We had to build a retention pond for storm drainage, and there was an issue with wetlands. We also had to run a 2,000-pound main transmission gas line through the parking lot!

PAONE: For safety reasons, we had to place grass over the gas line because the grass will burn if there is a leak and a helicopter could quickly identify the location of the problem.

LEWIS: For six months, we worked with the Superintendent of Education and a committee of 23 that included people from all areas of the community including school administration, faculty, parents, students, and Board Members to determine the new teaching philosophy at East High.

DEBELISO: We were part of the weekly Administrative Review Committee (ARC) and participated in almost every decision they made.

LEWIS: Dr. Bill Pearson is a visionary leader and he wanted to build for the future. The Administration wanted to create a collaborative learning model where the core subjects were surrounded by related electives and connected by a common project with a focus on different career paths. The core academics English, Math, Social Studies and Science, were connected to academic pathways headed by career-based learning studios and a staff pathway planning room. Pathway categories included Arts and Communication, Business Management, Marketing and Technology, Engineering/Manufacturing/Industrial Technology and Human Services.

GREEN: The building is organized around the commons area where lunch tables are moved and stored making way for student socialization. The Media Center is located adjacent to the Commons at the main student entry, allowing students to access the space before and during school.

DEBELISO: It’s no longer called the cafeteria. It’s the commons area‚Ä¶with a full-service kitchen that can serve 2,000 meals a day!

PAONE: The event spaces are designed for a future community outreach opportunity. The 50 X 50 meter pool, the gym and athletic center and the theater are all prepped for that possibility.

DEBELISO: The District also had their own fiber optic network, and we had to design and engineered a two-mile extension of the network throughout the new site.

LEWIS: One of the biggest challenges was the amount of people that participated in the schematic design phase it ended up being design by committee. Plus we were dealing with a real paradigm shift in the way the teachers taught. Trying to figure out a way to make everyone happy was also very challenging. But we achieved a quality level with a compromise that didn’t affect programming.

PAONE: We worked early to keep the mechanical systems quiet and hidden. The science labs, the wood shops, and the mechanical shops were located close enough to the academic classrooms and special attention was paid to the design of the air flow to minimize any odors reaching those classrooms. Noise control was also critical.

GREEN: From an interior perspective, we designed for a higher-education, more collegiate look and feel. We used sophisticated colors to identify each career pathway. The design supported the teaching methodology.

LEWIS: The finishes that we used were durable and designed to be long-lasting yet upscale‚Ä¶wood, stainless steel, and we used terrazzo tile in the commons areas and a rubber flooring for the hallways.

GREEN: The business manager so trusted our expertise that he called to ask us to put out a bid package for band uniforms and band instruments! We designed their new school logo and helped select the new school colors.

DEBELISO: The Superintendent wouldn’t let anyone make a decision unless they talked to Ann or Chuck!

LEWIS: The theater was designed with state-of-the-art acoustics based on an Italian opera house where seating is stacked vertically so everyone is close to the stage for a very intimate experience. There are also full-service television and radio studios. In addition, the athletic department had a strong voice in this project. The sports facility is like something you might find on a college campus.

PAONE: There is an FAA tower across the street from the school and the team had to do a radar study to make sure that the building and school radio station did not interfere with the DTW radar system!

LEWIS: We also removed a major hill on Ten Mile Road right in front of the school so it was safer for the students.

DEBELISO: The team had been emotionally engaged since 1997. Everyone clicked long before this project started, and it added a lot of continuity. We knew each other’s interests and expectations and worked hard toward satisfying or reconciling all of the various needs and interests.

LEWIS: Ann and I worked there for ten years almost every day. From a career perspective, I don’t think we’ll ever have a project where we touch so many lives, as well as different project elements. It really became our building‚ from testing the property and the logistics of buying the site, to a community that was skeptical of the new learning model and working through those issues with the committee. There are clients in your life and in your career that are important to you and this was one of those groups. I still miss going there every day.

GREEN: I think this development brought the South Lyon community into the future. It’s evident that it is not just a farming community anymore.

DEBELISO: The South Lyon East High School project was our flagship credential for many years. It established our expertise in K-12.

PAONE: It was clear to me that everyone who worked on this project really enjoyed it! 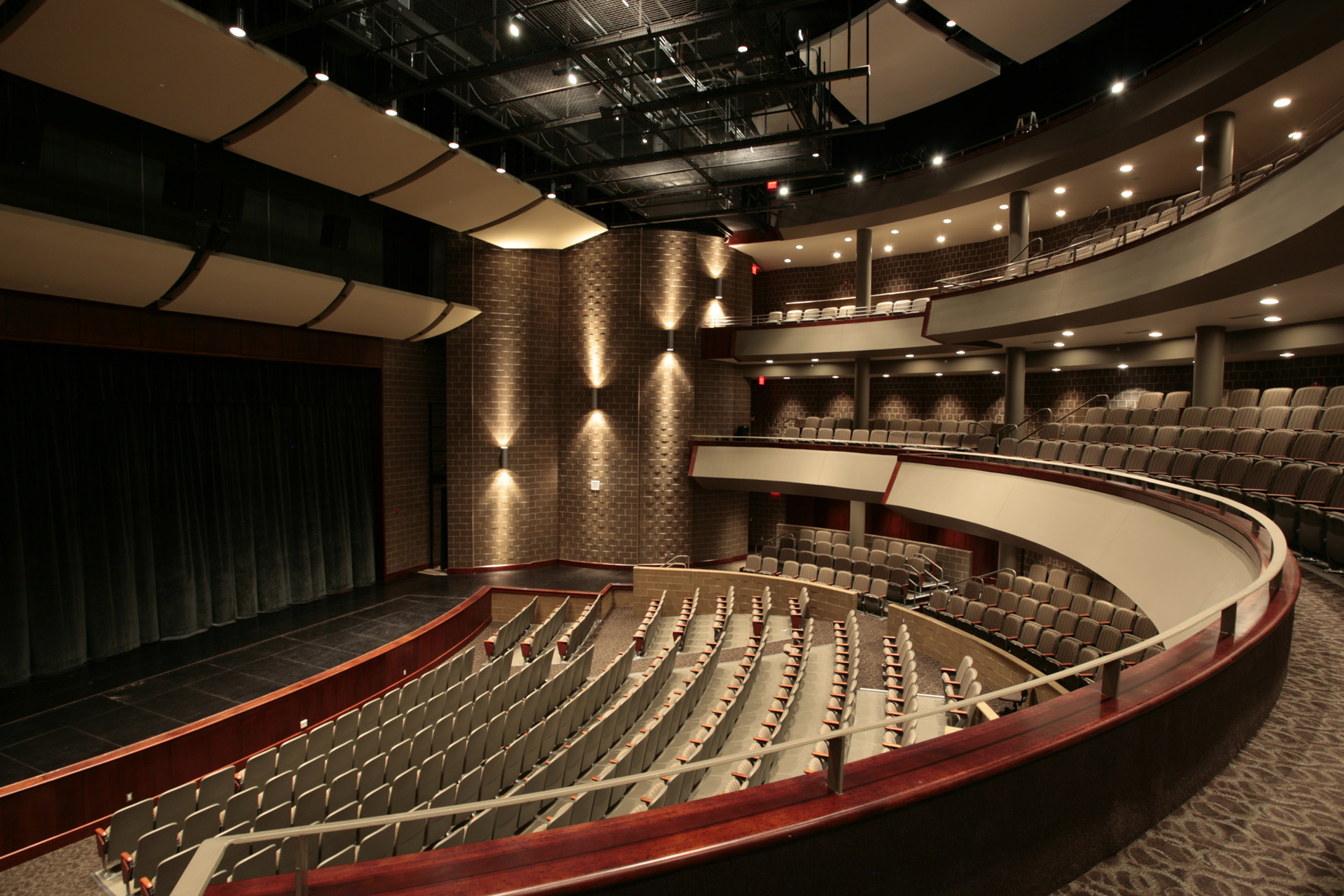 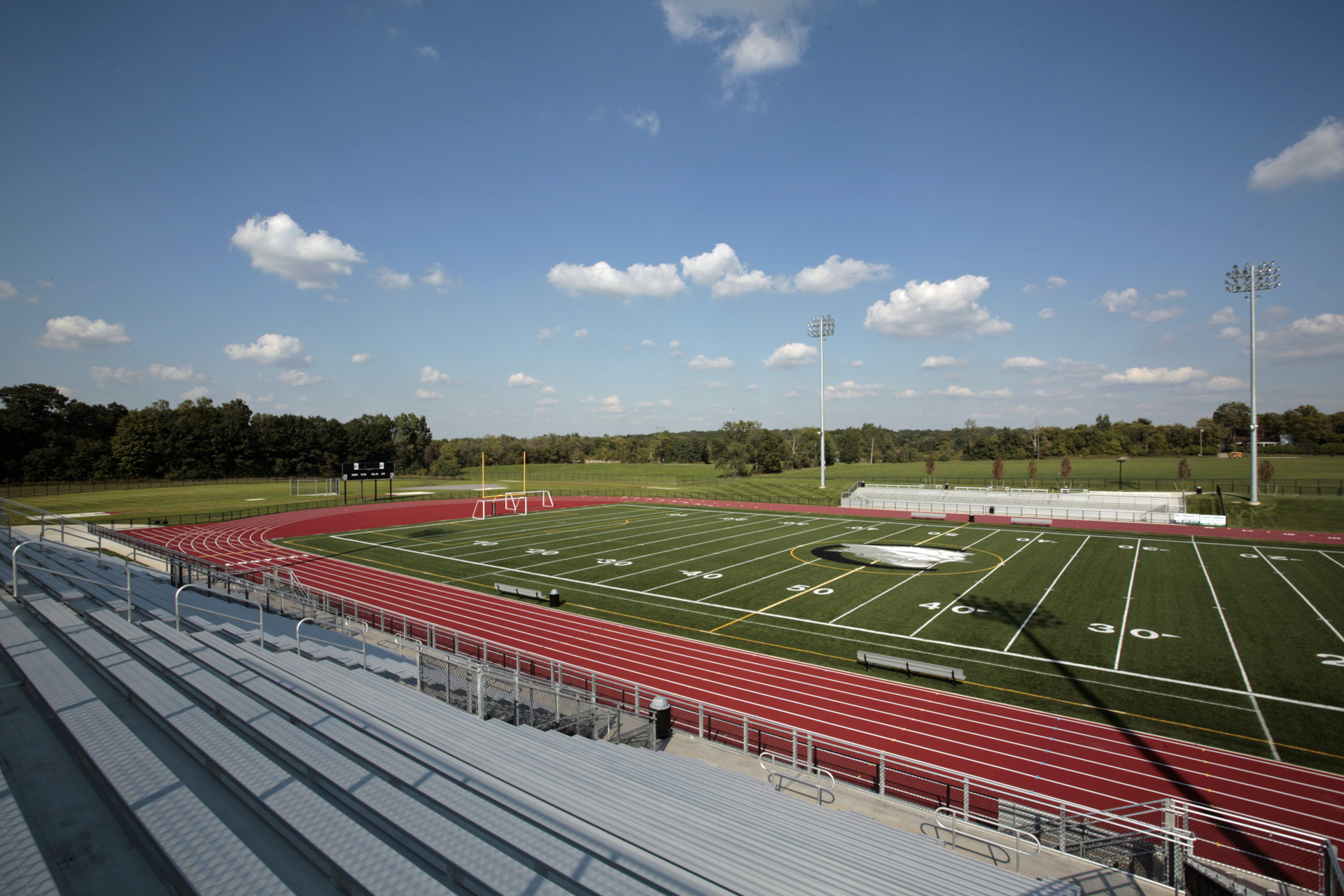 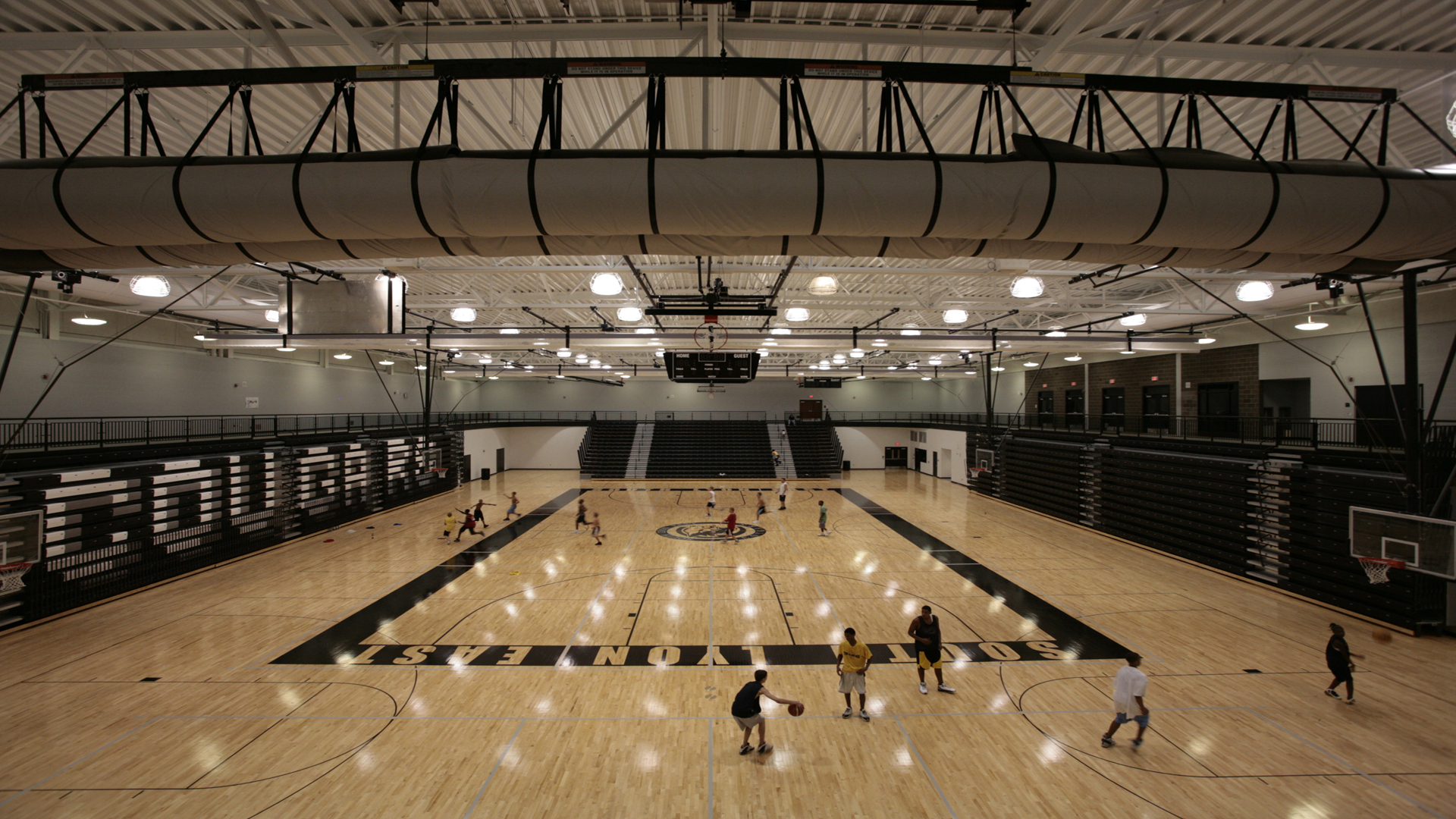 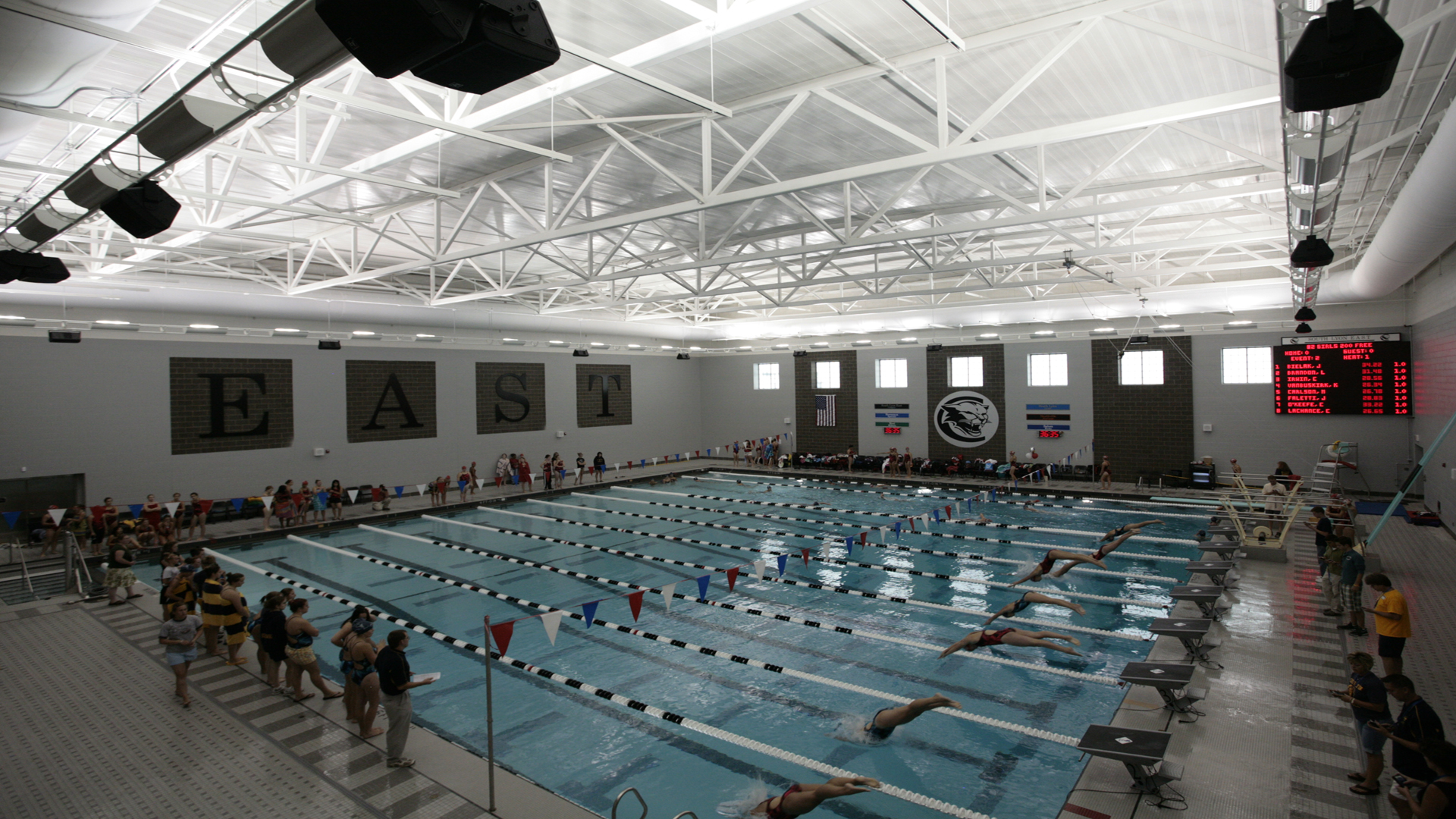 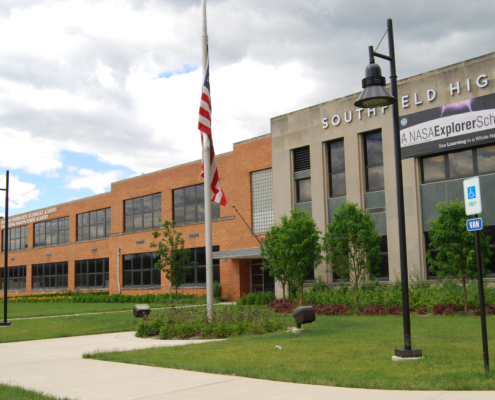