The University of Michigan School of Music, Theater & Dance was in desperate need of a larger facility. With double the enrollment since opening in the early 60s and only one addition in the 80s, students were practicing in closet-sized rooms and common areas while faculty offices had spread to other campus locations. When IDS first became involved in the project, it was quickly determined that choices would have to be made on how to use the available budget. Dean Christopher Kendall is passionate about his goal to create a world-class facility and continues to raise money for this project. The phase completed includes a 28,000-square-foot renovation of the existing  building and a 34,000-square-foot addition allowing for a redistribution of space and an increase in practice areas, classrooms and faculty offices.  The master plan identifies smaller future projects as well.

The Music School is located in the first on-campus building designed by world famous architect Eero Saarinen, thus adding an additional challenge to the project. Any change to the structure had to respect the integrity of the classic design.  The team at IDS was key in helping the Dean find the right national design partner.

Describe the scope of the project.

REAVES:  During the programming phase, we determined that the needs of the project were three times more than what was available in the budget.  This was a big challenge. We developed a series of project scope options and assigned rough costs to them.  This helped us align the final project scope with the prioritized needs of each department.

STACHOWIAK:  U of M is considered one of the top five music schools in the world because of the noted faculty and the alumni, yet the facilities are 50 years old. New facilities today offer 50% more in footprint, in volume, and in acoustical isolation. Understanding this fact helped us prioritize the immediate needs for the project.

REAVES:  We considered the proximity of the new rehearsal hall with the location of the practice areas to determine where best to place different instrument groups.  Large instruments needed to be closer to this space compared to small portable instruments.

PEREZ:  Overall acoustics became one of the most important immediate concerns.

STACHOWIAK:  It was a bit of a shell game.  We addressed quantity by moving offices out of the existing building to make room for classrooms.  The east side of the building had the iconic view of the Music School pond. This is where we placed the premium classrooms, where music theory was taught. The west side became offices.  This entire area was then renovated to improve acoustics.

REAVES:  In the addition, we created new classrooms and practice areas. Percussion was moved to this space away from the main building as they were the loudest.  There is a new 80-seat lecture hall, thanks to a private donor.

PEREZ:  In the addition, state-of-the-art classrooms offer technology-rich instruction that is geared toward the acoustic side of teaching, with floating slabs and isolated walls for appropriate volume.

STACHOWIAK:  Because of the budget constraints, the programming phase helped us prioritize what could be done now and what can wait until later. Dean Kendall has a keen eye for architecture and was deeply involved in the planning process.  It was enjoyable to work with him because he really understands the design process.

REAVES:  There was the challenge of how to integrate the Saarinen design into the new work we did. There’s a pedigree with this building. We chose to let this Saarinen jewel stand on its own and make the addition complement this classic design rather than try to match it.

PEREZ:  One of the big operational challenges inherent in the Saarinen infrastructure is the lack of an appropriate building envelope, causing a huge humidity control issue.  Instruments are stored throughout the building and require strict moisture control. The way to manage moisture is through proper air flow, bringing forth an additional challenge—noise. It is important that the air flow does not affect the sound during instrument play.  And lowering the noise of air flow requires bigger ducts and that pushes ceiling planes downward.  We had to design a giant service corridor to accommodate all of this.

STACHOWIAK:  Technology upgrades and acoustical control with high-end recording and playback are now a part of the entire facility.

REAVES:  In the rehearsal rooms, there are very large monitor speakers designed to reproduce accurate sound. Racks of digital equipment create a sound stage in the front of rooms.

PEREZ:  Mechanical systems are huge because of the need to control the humidity in this facility.  We used an application called displacement ventilation, a relatively new effective way to use the height of the space and the heat of bodies in the room.  This offers unmixed air to the breathing zone.

REAVES:  With almost 200 performances a year, all kinds of music can be heard everywhere at almost any time of the day. There are 182 pianos in the building…almost one in every room.  It’s amazing to walk through the space during any given time. I also think the new addition’s entry will give visitors a feeling of grandeur that will transform the way the public interacts within this space! 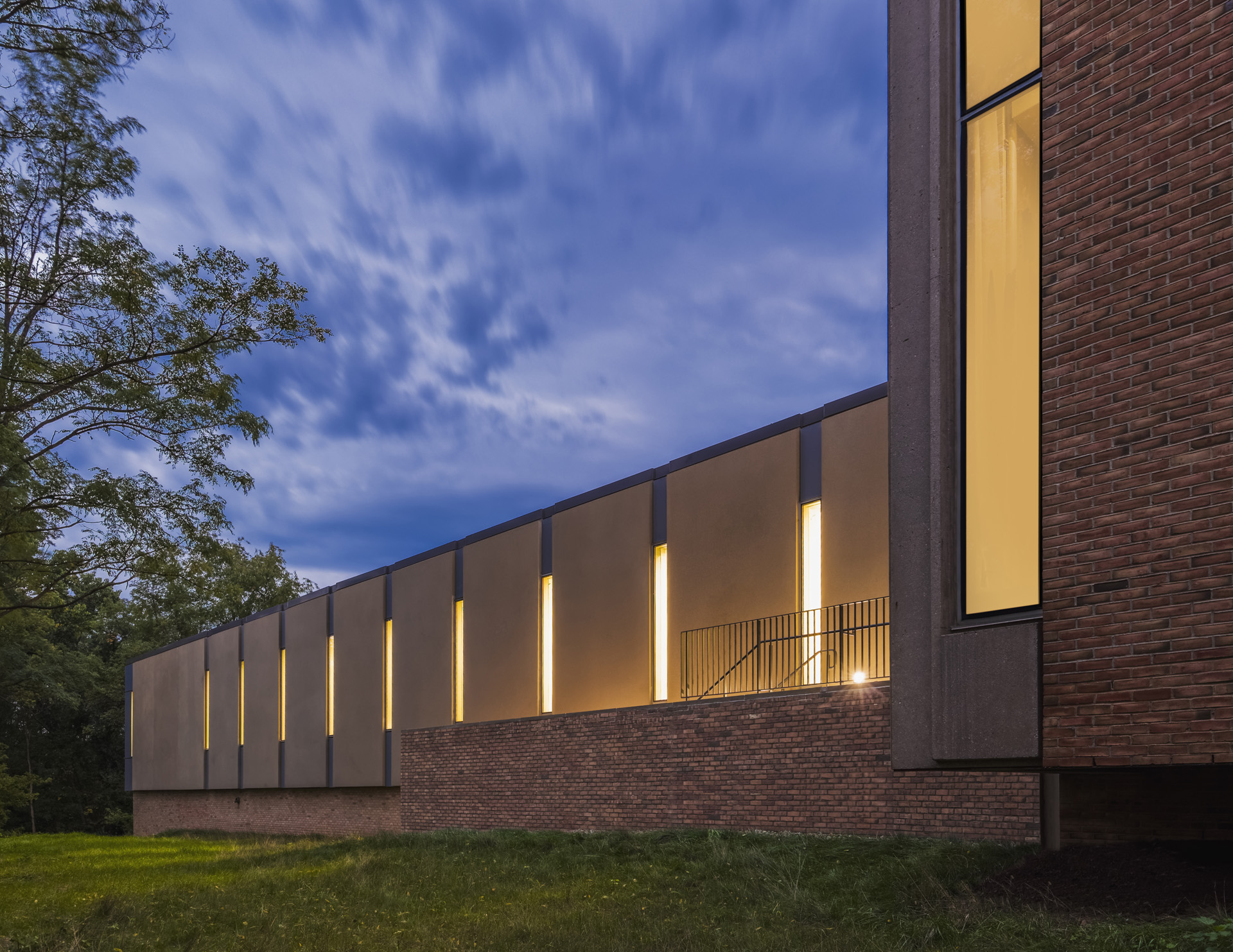 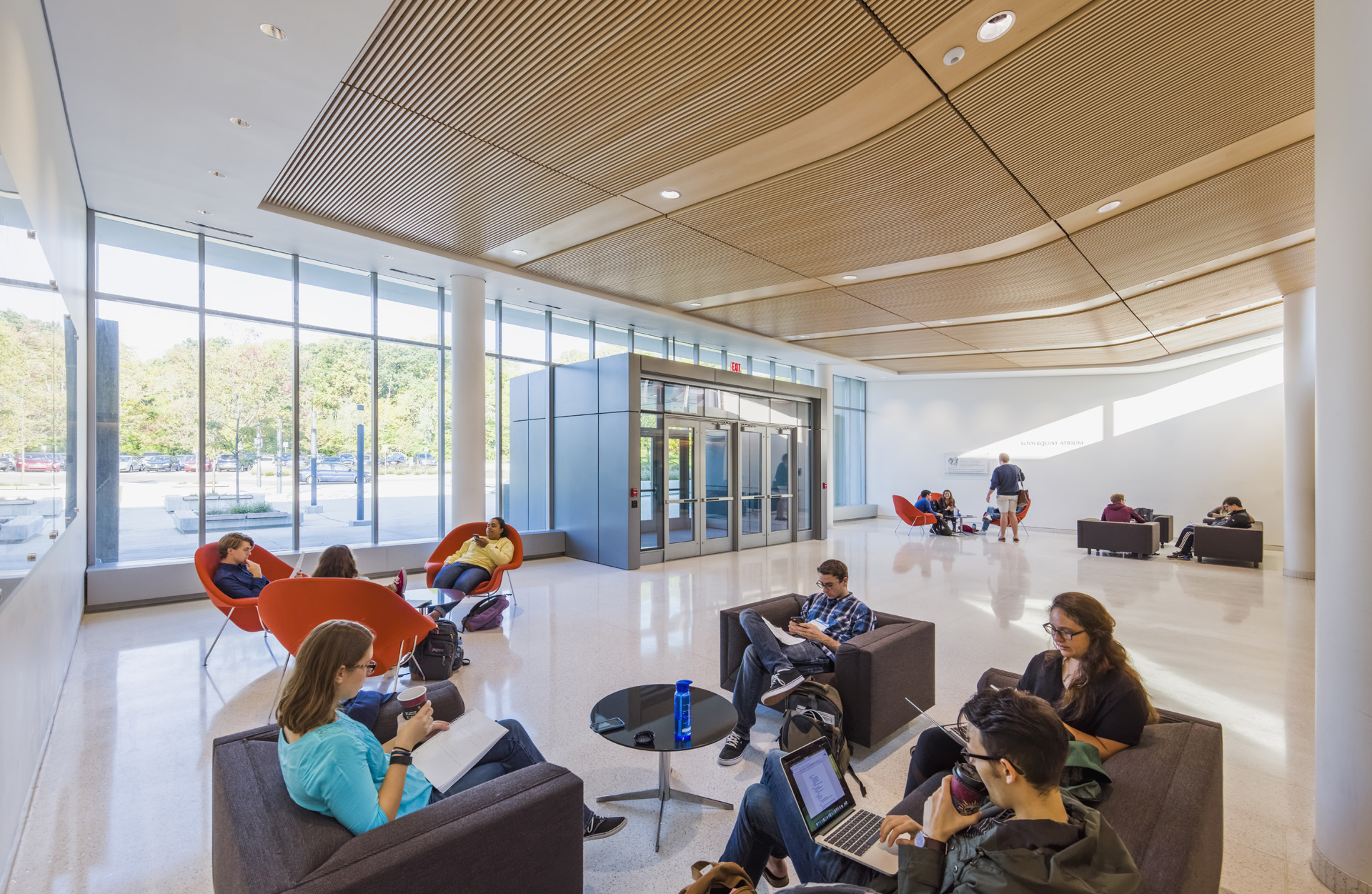 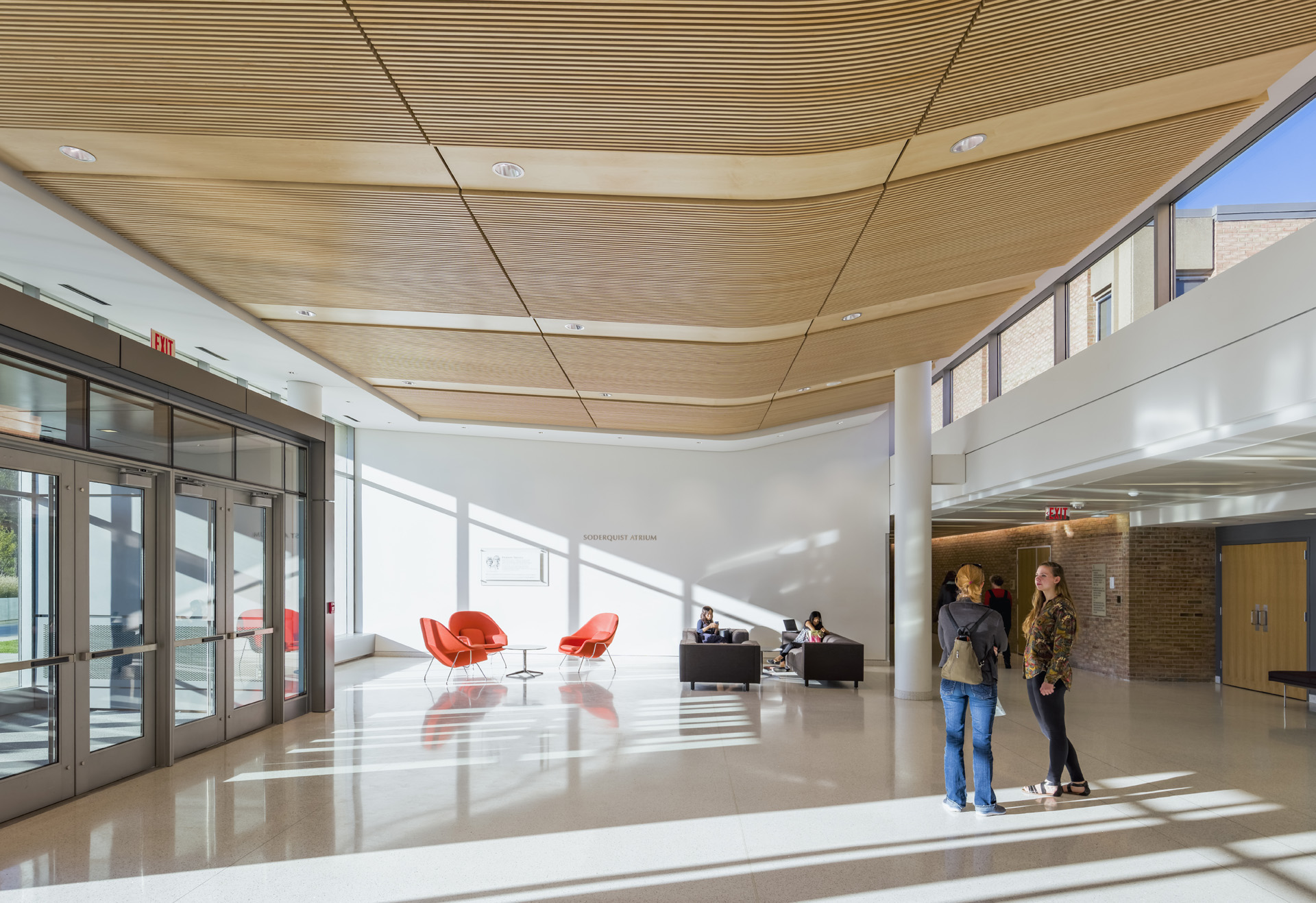