The original data center for Central Michigan University was located in the basement of an antiquated building on campus that was prone to flooding. The University wanted to relocate their network facility to a new non-descript, secure building that would also give them space for future growth. IDS performed extensive site analyses, evaluating disaster and risk management of 15 different campus locations before a final destination was determined. The new 5,400-square-foot structure was completed in June 2013 and manages all of the data for CMU, both academic and research, and is now located in one of the more secure, dry locations on campus.

To meet the demands of the security requirements, the structure was built to withstand 125 mph winds (standard is 90) while aesthetically matching adjacent buildings as a way to blend in with the rest of the campus. From an architectural standpoint, we did everything we could to reduce their security risks, explains IDS architect Jeff Johnson. We eliminated direct access into the machine room and created only one main exterior entrance. Access points to the building are not obvious to pedestrian traffic. Steel bollards protect the perimeter of the building from vehicular traffic. Other internal security provisions included access card readers, mesh gates to define levels of security and infra-red laser beam detectors.

With over 20 years of experience in data center design, IDS determined that a hot aisle containment system was the best solution for CMU. This was achieved by enclosing the center aisle with vinyl walls and doors, containing the hot air which can reach temperatures of up to 120-degrees. IDS architect David Giroux described the process. Hot air is contained and cold air flows through from the access floor and is drawn through the hot aisle and then returned to the air conditioning unit to maintain the right temperature. A heat recovery unit captures heated air to provide warmth to the public areas of the building reducing energy costs.

The project was complicated by the fact that the new structure was built over existing campus infrastructure an old utility tunnel that could not be moved or eliminated. There were other inherent challenges as a result of existing site conditions. There were two main power lines that were connected to the site, IDS Principal-in-Charge Mike Nowicki explains. We had to design and construct the building so that everything was installed and ready before we shut down the main power line and made the final connection.

The power, cooling and mechanical systems were all designed with N+1 redundancy so at any given time, there is a power backup in place should any single system component fail. A powerful building‚ but you wouldn’t know it if you saw it! 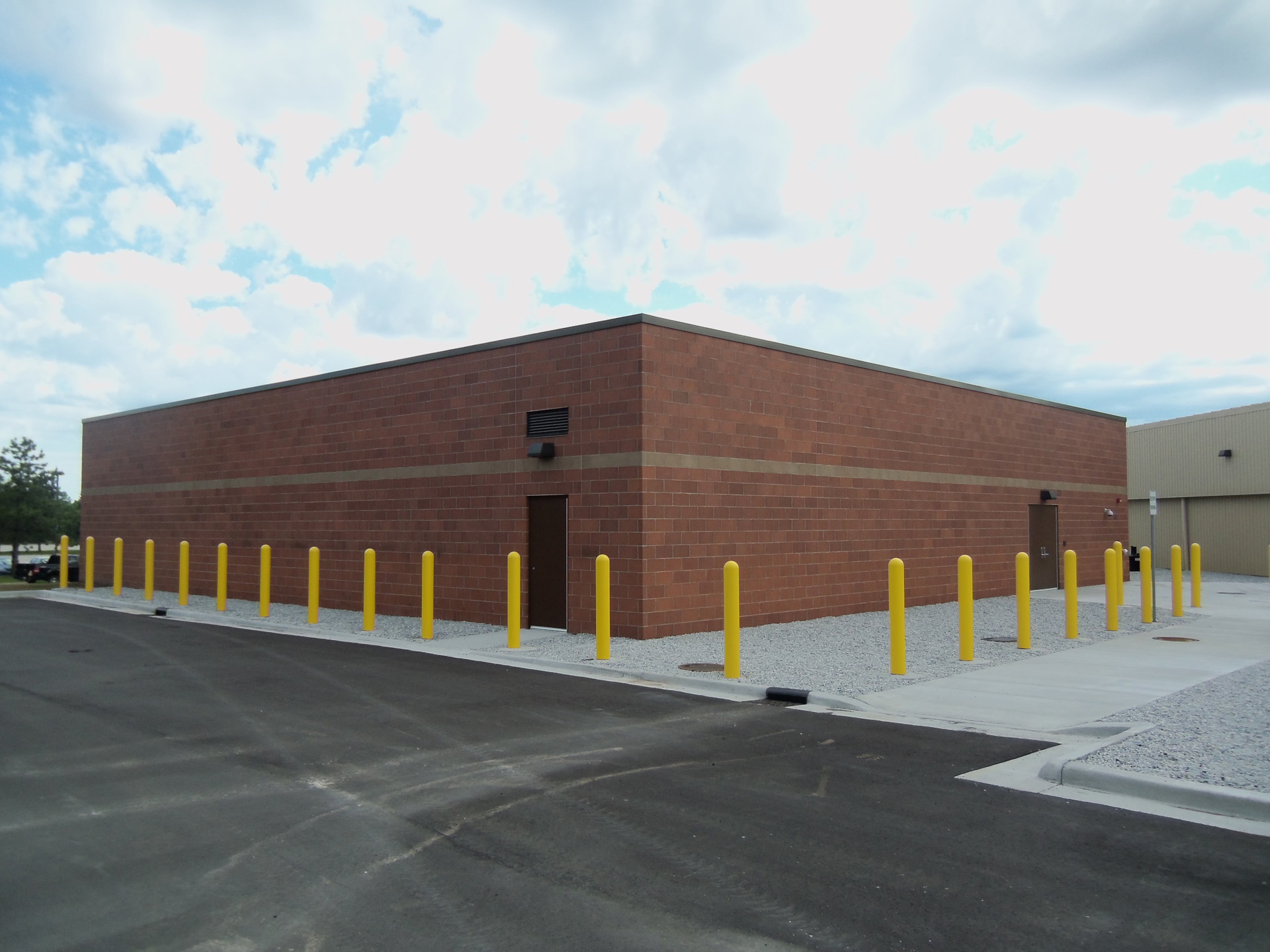