The Hill Neighborhood is one of three main residential communities at the University of Michigan featuring four historic buildings that were all in need of drastic infrastructure renovation, revitalization, and student life transformation. The IDS team of architects and engineers became involved with this project when they originally participated in the 2009 renovation of Stockwell Hall. The final two renovation projects, Couzens and Alice Lloyd, were completed in June 2011 and July 2012, finalizing the internal modernization of these buildings‚ adding air-conditioning, state-of-the-art technology and sustainability, as well as creating socially interactive community space and connection to the rest of Main Street.

The University Residential Program serves over 12,500 people with the third-largest family housing operation and the sixth-largest campus housing system in U.S. The Residence Life Initiatives project focused on two goals: to create a single community by invigorating connections and creating a sense of belonging for all; and to provide infrastructure and residential improvements. We were involved in these projects because of our infrastructure renewal expertise and 70-80% of the budget was designated just for that purpose, IDS Principal-in-Charge Paul Stachowiak explained. We also worked closely with the national design partners programmatically to create a unique destination in each facility that would aggregate students.

Architect Dave Battle and engineer Dave DiCiuccio, worked closely together to manage the inherent challenge of adding updated infrastructure to an antiquated building. Because of the space constraints, we had to insert an electrical substation within an unexcavated space below existing foundation in Couzens, Battle recalls. Fortunately, when Mosher Jordan Hall (first hall to be renovated) became the centralized dining destination for the Hill Neighborhood, each dorm had newly opened spaces. Systems equipment for cooling, technology and safety had to be cleverly consolidated and hidden without sacrificing bed count, while the former dining rooms were used to create a lounge, game room or community centers. In Alice Lloyd, we created a giant mechanical space in the basement by literally lowering the basement floor, DiCiuccio said. This is how we preserved space for the functional space requirements.

Sustainability abounds! Couzens was the first dorm in the U.S. designed to earn the ENERGY STAR, a national standard usually reserved for consumer products, and both buildings exceeded the University’s energy standard of 30% better than ASHRAE. Lighting was one of the keys to energy savings, yet instead of replacing historic fixtures, keen attention was paid to the preservation of the gothic style architecture, with energy efficient bulbs and wiring retrofit into existing fixtures.

Residence halls were transformed into state-of-the-art living facilities, with warm colors and furniture, and spa-like community bathrooms, all creating a home-like environment with the added element of promoting social interaction. ‚ÄúAlice Lloyd had the biggest transformation, DiCiuccio said. Lloyd became the model community center for all other UM housing facilities going forward. It’s this style of open, non-centralized space that has replaced the front-desk template of yesterday.

A big challenge at Couzens was to create interest in the lower level. A stairwell and a glass atrium provided a social conduit providing daylight and a view to Palmer Field. Alice Lloyd had the biggest structural transformation which included augmenting the exterior fade, carefully complementing the vintage exterior. Study space was a keen programming element with two living-learning communities located in this hall, resulting in both private and open study templates that have changed the way students convene.

Today these diverse yet connected buildings are in great demand by all incoming students, many staying beyond freshman year! 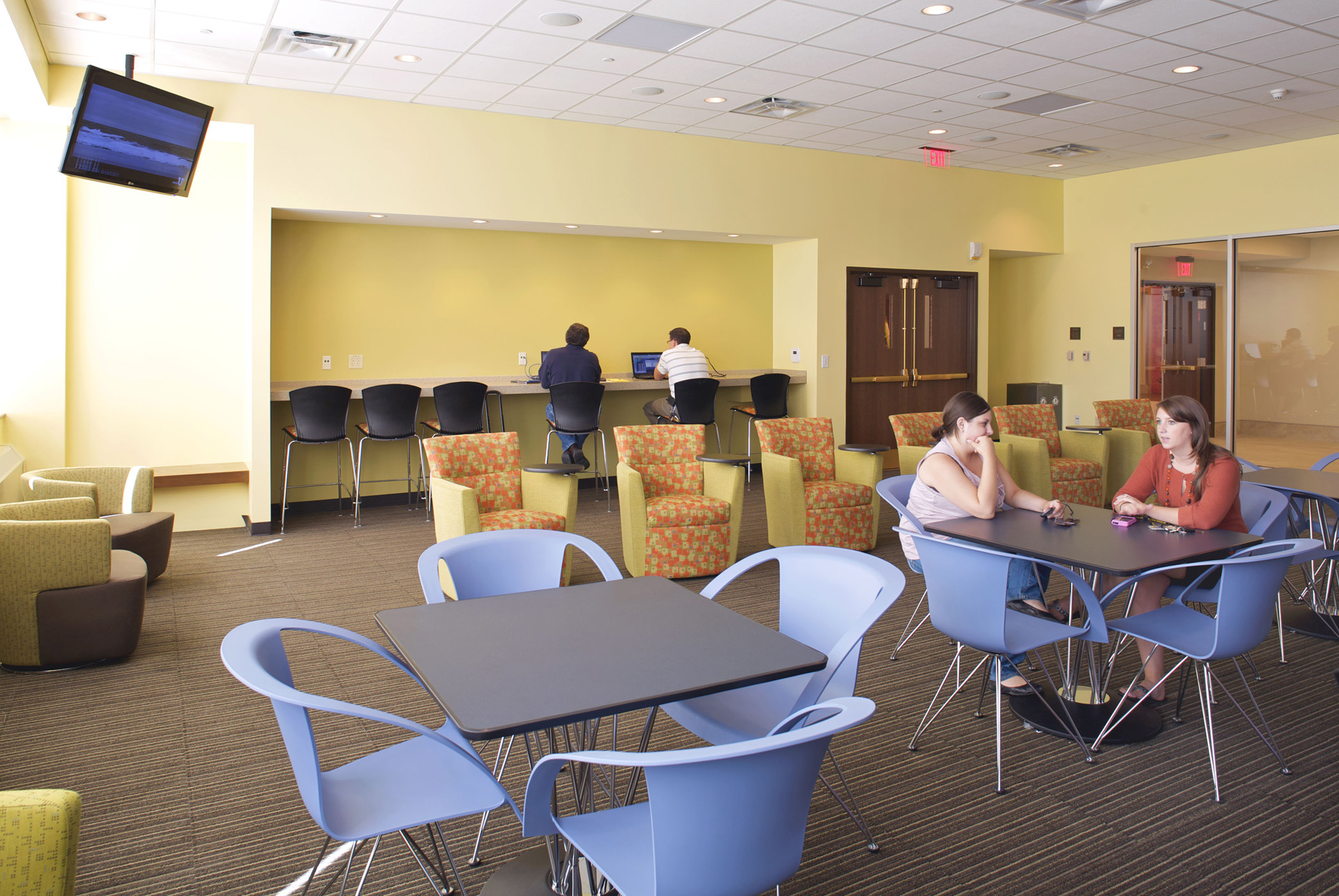 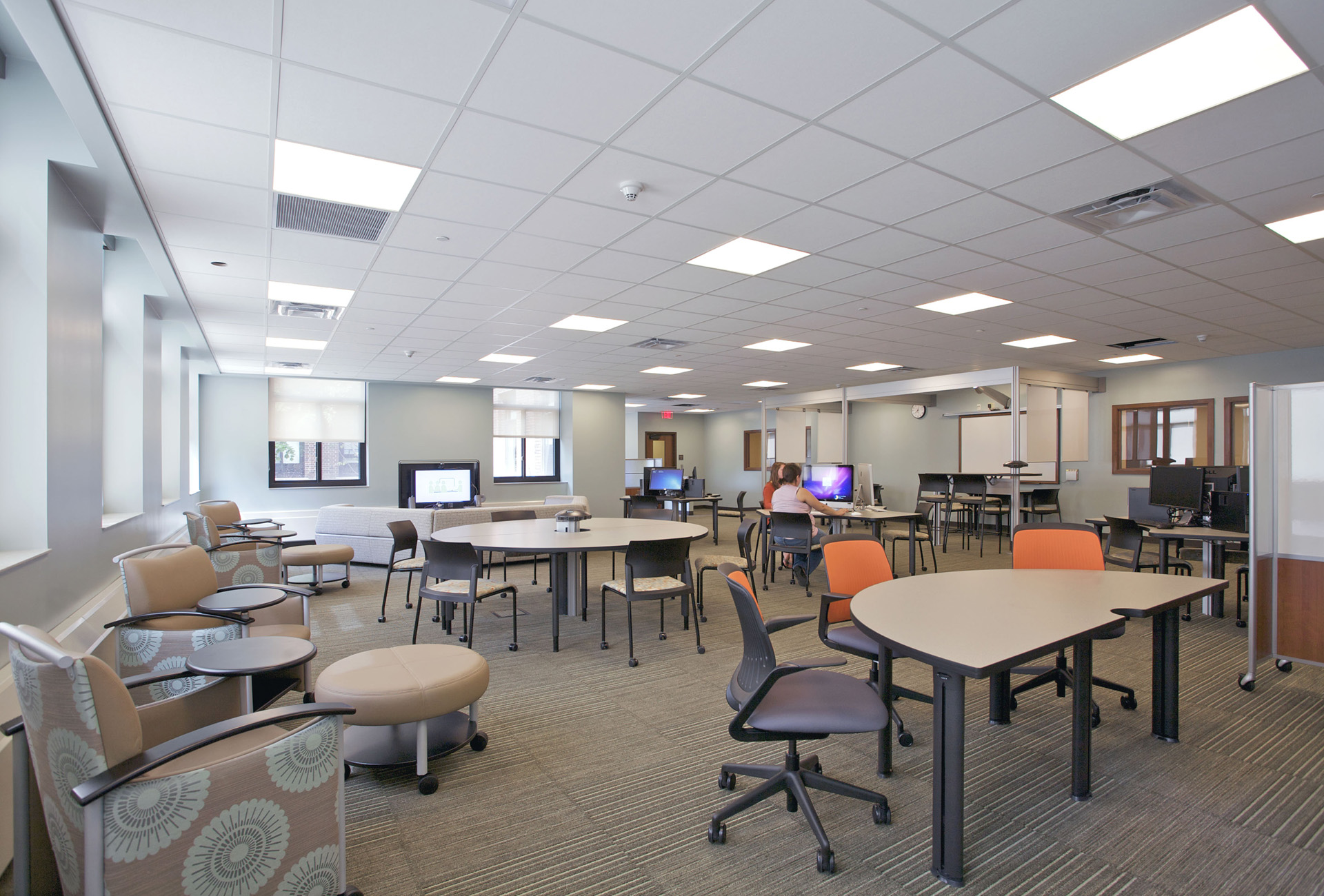 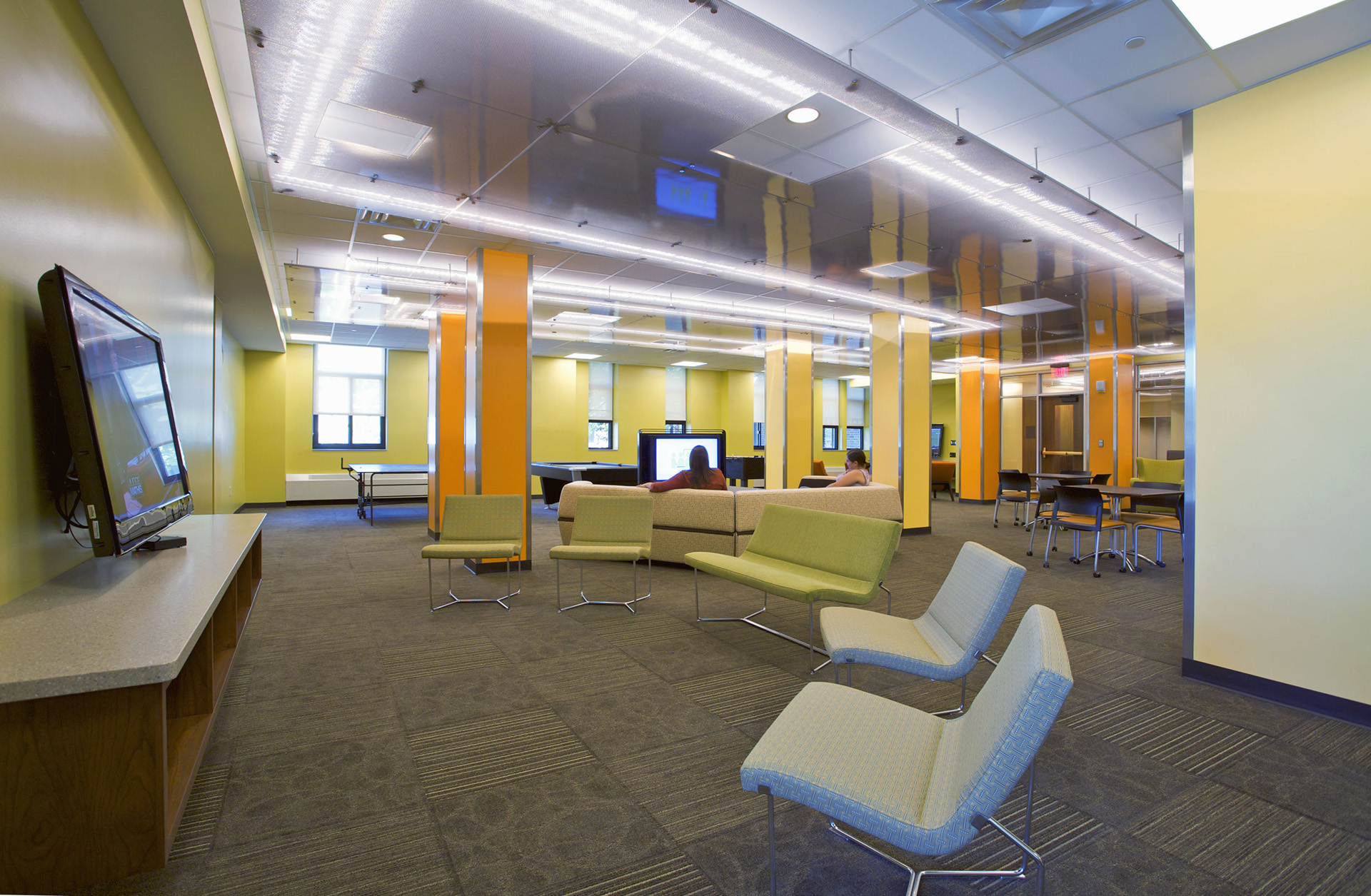 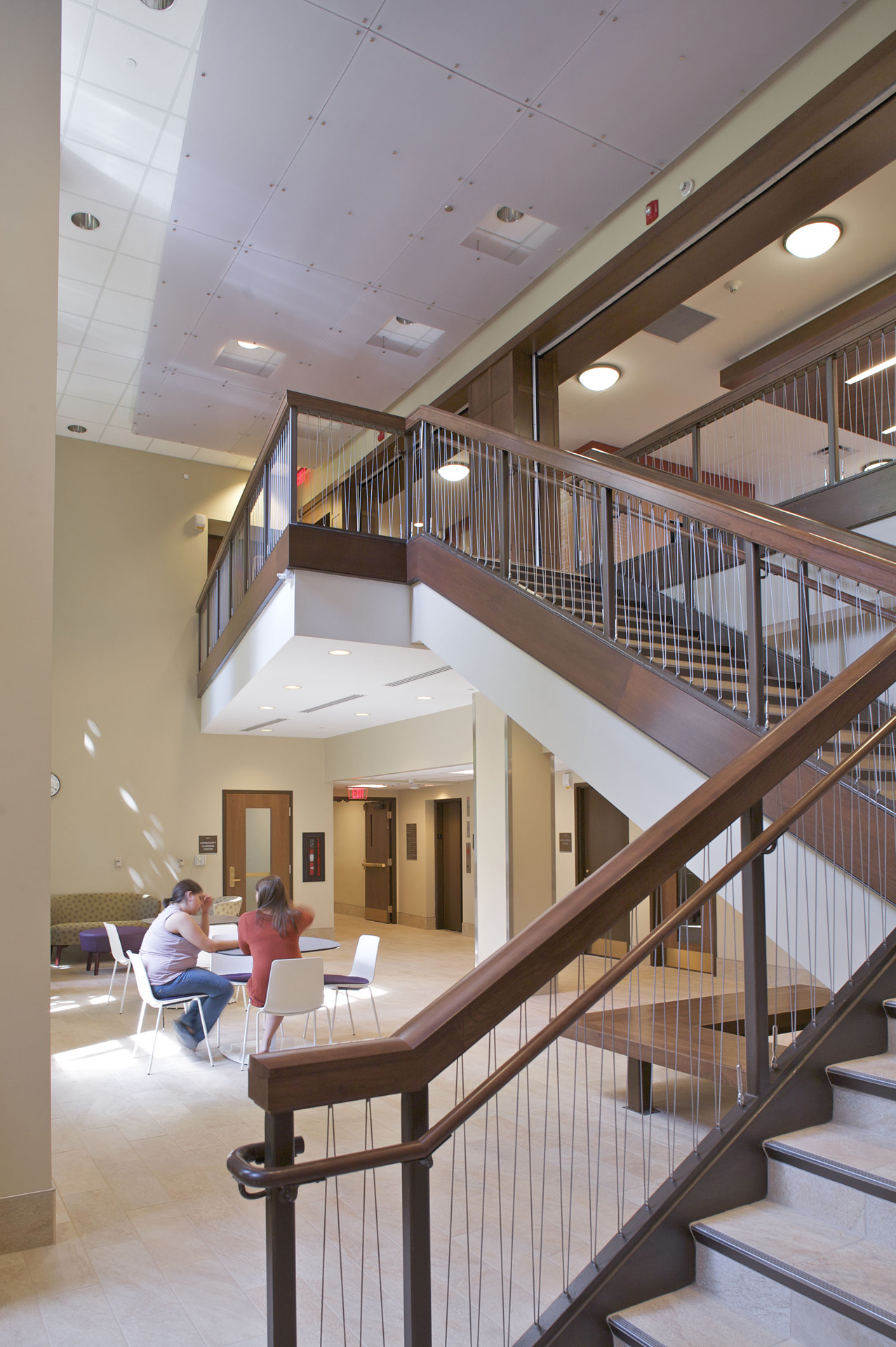