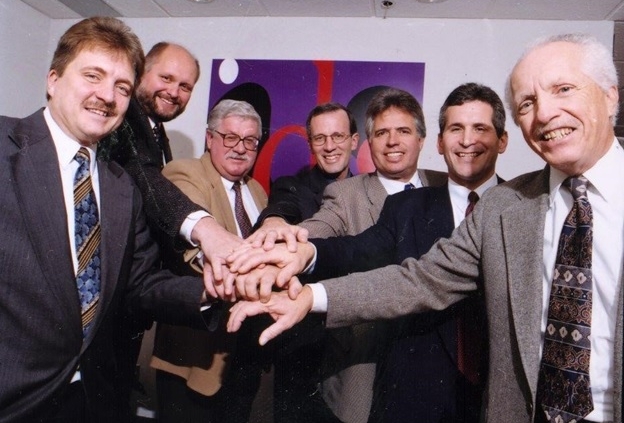 It is with great sorrow that we inform you of the passing of Dan Christensen on January 14th. Dan’s children Derek and Coleen were at his side when he passed.

Dan earned an Associate Degree in Architectural Technology from Ferris State University in 1962. He began his career working at Jickling Lyman Architects while earning his Bachelor of Science in Architecture from Lawrence Institute of Technological (LTU today) in 1968. He joined Frank Straub in 1965, and in 1969 he went to work for Minoru Yamasaki. A short time later he left to start his own practice Jason Christensen Associates Architects. In 1985, Dan joined Hoyem Basso Associates as a Principal where he began as Director of Construction Administration. He continued as a Principal through the transition of the firm into Giffels Hoyem Basso (GHB) until leaving with his friends to form Integrated Design Solutions (IDS) that continues to thrive today because of his talent and dedication.

Dan was nearing the end of his career in 1999 when his partners decided to leave Giffels Hoyem Basso to form Integrated Design Solutions. Dan had an opportunity to stay on at Giffels Hoyem Basso as a Senior Principal, the safe path, or leave with his partners to take on a new and exciting challenge, but certainly the riskier path. There was never hesitation on Dan’s part. Taking on the challenge of starting a new firm with utmost confidence in and loyalty to his partners was Dan at his core. Eight years later when Dan retired, he thanked his partners for some of the most fulfilling years of his career.

Throughout his career, Dan led the development of many outstanding works of architecture at prestigious institutions including Michigan State University, Michigan Technological University, and for many years at Macomb Community College with his life-long friend, Rich Kolcz. Dan retired in 2007 from IDS and moved to Manistique in his beloved UP. He built his dream home in the woods nicknamed “Bug Bite Manor” and enjoyed his retirement in his hometown. He always said it should win a design award.

Throughout his life Dan touched many of us both professionally and personally. Our world is better because he was part of our journey. We shared challenges and triumphs together and will fondly remember his infectious laugh. Dan was more than a business partner. He was our friend, mentor, and a big part of our family. We will miss him and the joy he brought to our lives.

Dan is survived by his two children, Coleen and Derek. They were a close family, talking nearly every day. He was their mentor and friend too. His daughter Coleen said, “We are grateful he is at peace, but we will always miss our Dad”.

We encourage you to share a favorite story, a memory that brings a smile to your face, or how Dan impacted your life. He was a great man with a unique way of making you remember what is important in life.

Please take a moment to think about him and his family.